Coronation Street 21/07 - The End Is In Sight For Bethany 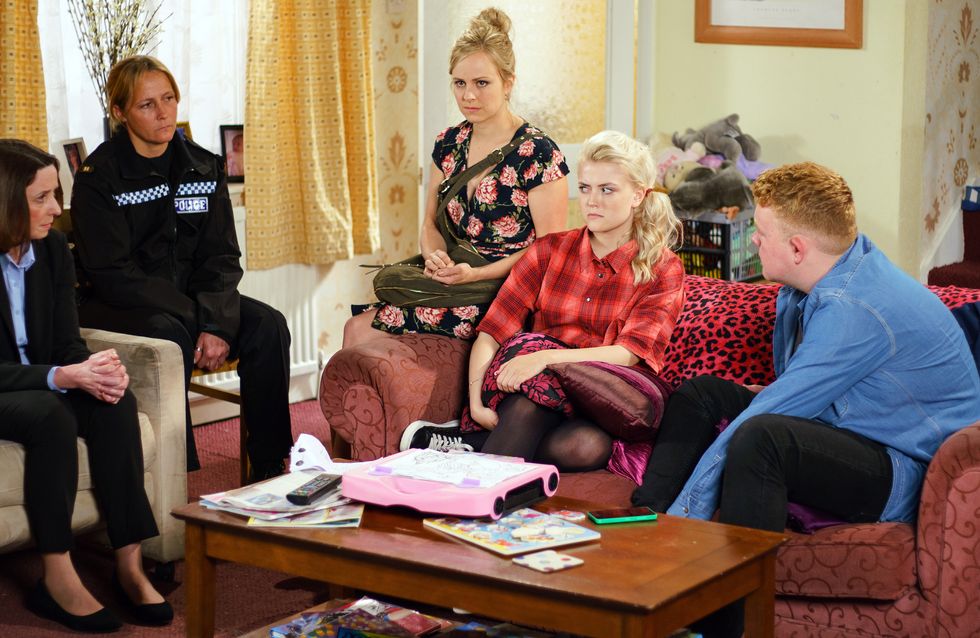 Sarah thanks Craig for giving Bethany the courage to seek professional help. When Craig admits he intends to quit the police force, Bethany’s horrified and urges him to reconsider, pointing out he’d be letting Nathan and Neil win. Craig approaches Neil and tells him he’s changed his mind about quitting the force but is going to request that he’s assigned a new mentor. Neil angrily bundles Craig into his car asserting that they need a little chat. Secretly activating the record function on his phone, Craig goads Neil, will he reveal all?

Nicola calls at No.11 and handing Eileen a DNA testing kit, tells her she needs to know the truth. Phelan arrives home and is taken aback when Eileen shows him the DNA kit.

Determined to put his plan into action, Adam tells Eva she needs to persuade Aidan to give her a job in the office.

Gail confides in Audrey that Nick has sold his flat and gone for good and as far as she’s concerned, Leanne’s to blame. Michelle signs for a recorded letter only to realise it’s for Leanne.Luke apologises to Alya for trying to kiss her and blaming the drink, promises it won’t happen again. Alya hides her disappointment. Alya confides in Rana and Kate that she’s fallen for a guy but isn’t sure what to do.
​

At Craig’s insistence, Bethany phones the police to report Neil. DC Leigh calls at No.8. Awash with shame Bethany describes how Nathan cajoled her into having sex with Neil. DC Leigh assures her that Neil will feel the full force of the law. In the police station, DC Leigh tells Neil that the Chief Inspector wants to see him. Knowing the game is up, Neil shoots a look of hatred at Craig. DC Leigh calls at No.8 and assures Bethany and Sarah that she’s confident they now have enough evidence to bring charges.
​

When Aidan reveals that Eva will be moving into the office to learn the business side of things, Jenny and Alya are furious. Johnny tries to smooth things over. Izzy confronts Aidan demanding to know why Eva’s been promoted and accusing him of favouritism. When Aidan reveals that Eva’s pregnant and has been promoted on medical grounds, Izzy and Sean apologise for their bitchy remarks.
​

As Toyah and Peter prepare the Rovers for Liz’s farewell party, Toyah confides in Leanne that she’s hopeful she may be pregnant. Toyah gives Eva a congratulatory hug, whilst Eva’s awash with guilt. Phelan does the DNA test and hands the swab to Nicola. Nicola heads off promising she’ll be in touch as soon as she has the results. Michelle chucks the recorded letter addressed to Leanne in the bin. Alya steels herself to tell Luke she fancies him. 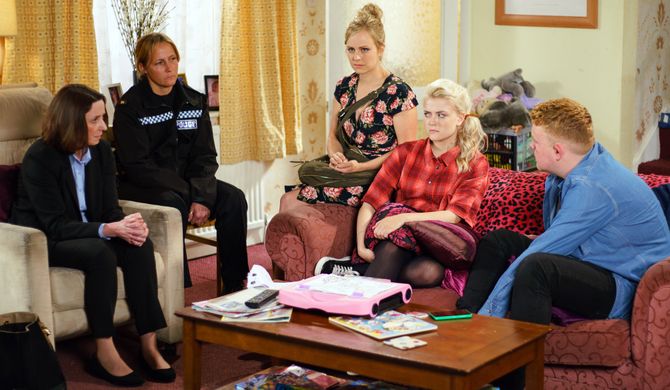