Daniel crams in some last minute revision. Ken asks after Daniel but he’s shocked when Sinead snaps back at him. As Daniel sets off for his exam, Adam approaches and bundles him into the boot of Ken’s car. In a deserted car park, Adam hauls Daniel out of the boot and using the record facility on his phone, tells him it’s time he confessed to the attack on Ken. Has Adam got his man or is he looking in the wrong direction? Meanwhile when a decanter of whisky gets knocked over at No.1 it jogs Ken’s memory about the night he was attacked.

When Aidan asks Johnny to help unload the Underworld van, he struggles to carry the boxes and Kate notes his discomfort. Refusing to take no for an answer Kate drags Johnny to the medical centre. When he describes his symptoms both he and Kate are stunned when the doctor suggests tests for Parkinsons and MS.

Worried sick about Bethany, and her relationship with Nathan, Sarah agrees their only option is to talk to the police. Meanwhile Nathan summons Neil to his flat and after explaining how Bethany let down one of his clients, he asks him to keep any eye out for her. A police officer calls at the Platts, Sarah tells them everything she knows about Nathan, unaware that the officer is Neil! Norris has Mary running round after him. When Aidan tells the girls he’ll be making an important announcement at the factory anniversary party, Eva’s quietly excited.

Adam goads Daniel, suggesting that Sinead had something to do with Ken’s attack. As he urges him to confess to attempted murder, Daniel’s had enough and knocking Adam to the ground, jumps in Ken’s car and speeds off. Adam returns home and confronts Ken about his run in with Sinead but Ken’s heard enough and orders him to leave. Refusing to back down, Adam phones the police and points the finger at Sinead. At his exam Daniel’s consumed with thoughts of Adam and unable to concentrate, he leaves. Has he ruined his chances of a place at Oxford? The police arrive at the bistro and take Sinead away for questioning. Will Sinead reveal to the police how Ken forced her to have an abortion thus making herself a prime suspect?

Sarah pours her heart out to Neil, admitting the family are at breaking point over her daughter’s much older, controlling boyfriend. Neil promises to talk to Bethany. Neil informs Bethany and Nathan of his conversation with Sarah, Bethany’s fuming. Neil takes her back to No.8 where she tells Sarah she wants nothing more to do with her. Nathan suggests they invite Neil and Ian over so Bethany can show her gratitude. Knowing what will be expected of her, will Bethany agree?

As Johnny insists it’s business as usual, Kate masks her concerns. With the anniversary party in full swing, Aidan calls for hush. Convinced he’s going to propose, Eva’s almost faint with excitement. Are her dreams about to come true?

​When Sally takes a call from a housing contact telling her of an available flat for Gina and Leah, Gina’s thrilled. Mary’s beside herself when she hears son Jude is moving to Weatherfield. 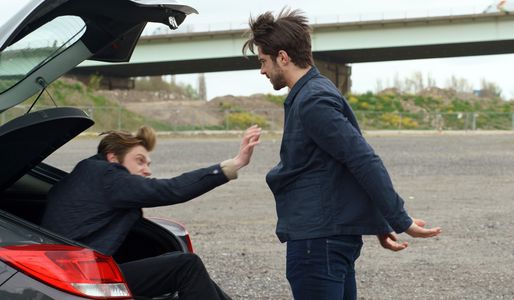