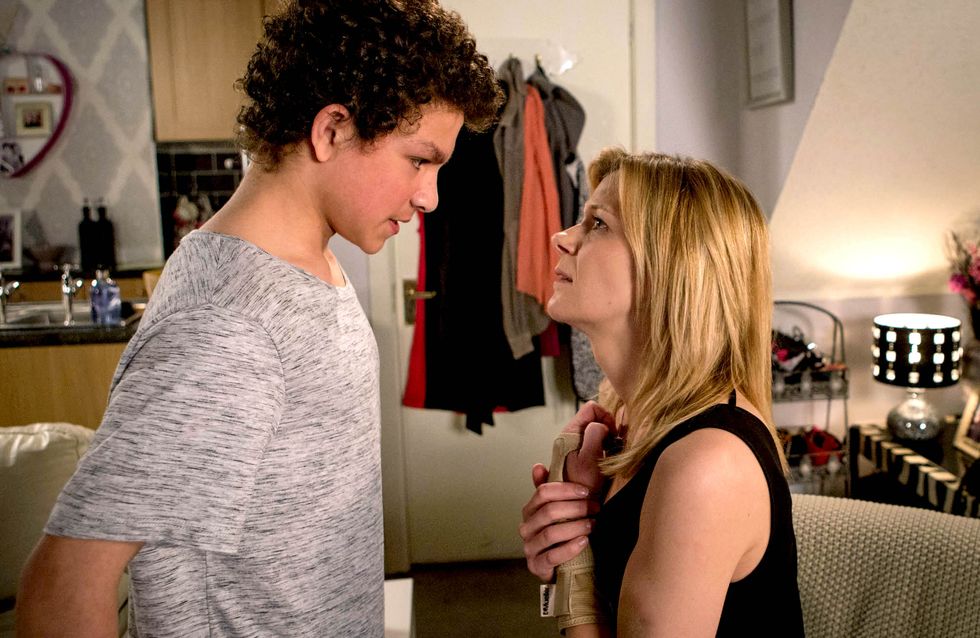 As the police arrive at Leanne’s flat, how far has Dan’s revenge gone? Will he make his getaway or be reprimanded? An already traumatised Liz is stunned when Tony appears, asking if she’s okay. Liz refuses to talk to him. Zeedan takes Simon back to the flat and sets about tidying up the mess left by Dan. Simon remains uncommunicative and Zeedan’s concerned for him. Released from hospital, Leanne returns home. Desperate to clear the air, Leanne persuades Simon to sit down with her and tries to explain how she’s made some mistakes in her life. But Leanne’s stunned as Simon launches both a verbal and physical attack on her?

Tony returns to the pub and this time Liz agrees to hear him out. Tony begs Liz’s forgiveness for his affair and tells her he never stopped loving her. Will Liz be able to see past Tony’s betrayal?

Gail’s cheered when Kylie reckons Michael still has feelings for her or he wouldn’t be coming to Audrey’s party. However Michael confides in Eileen how he’s dreading the party and wishes he’d never agreed to go. As Michael readies to leave he’s shocked when Eileen silences him with a lingering kiss, will he respond?

Steve dreads the prospect of returning Rover to her rightful owners. Kevin suggests to Tyrone they take out a loan to buy Vince’s business. But when Fiz points out the risks involved will Tyrone agree? 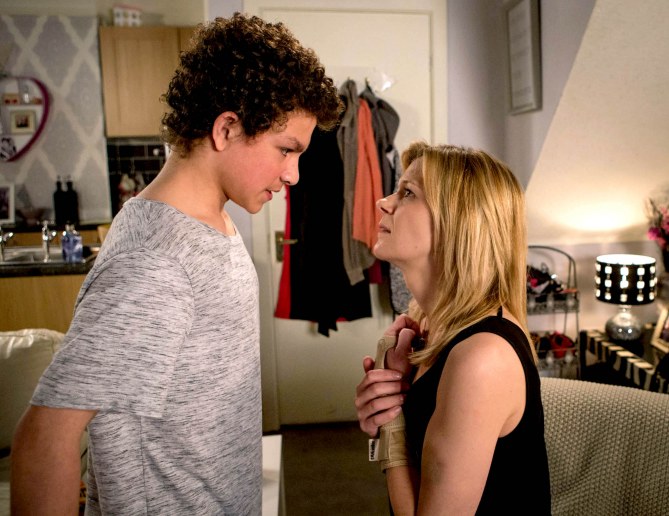