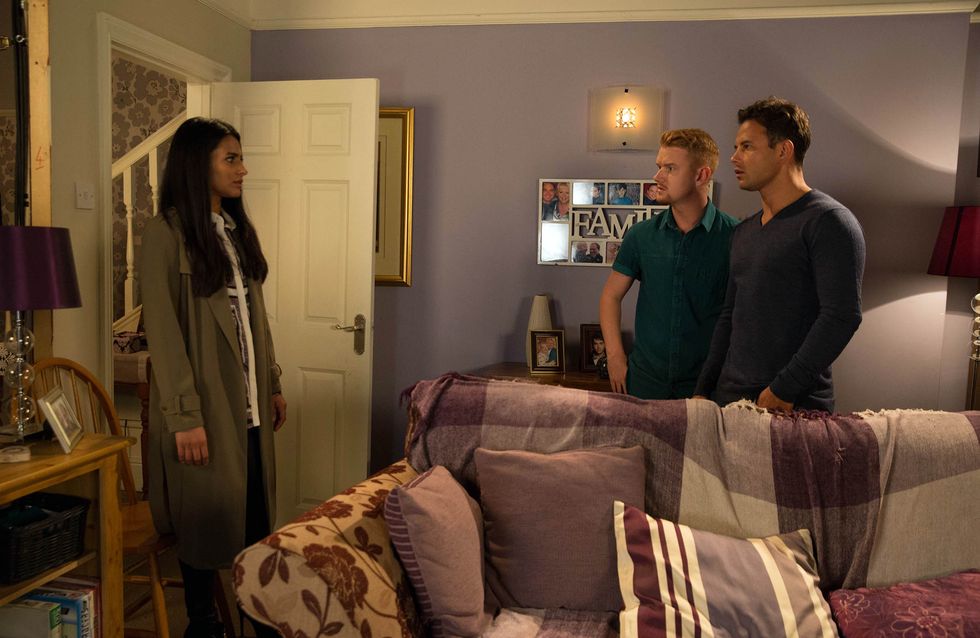 When Alya admits to Jason how difficult she’s finding it to live with the guilt, Jason snaps that she might be best to tell Gary the truth. Alya’s taken aback. As Chesney, Jason, Gary, Kirk and Tyrone head into town Gary resolves to stick to his promise and not to drink any alcohol. Clearly wound up, Jason picks a fight with a punter in the pub. Chesney and Kirk step in and restrain Jason as Gary demands to know what’s the matter with him. Will Jason spill?

With Johnny and Aidan out meeting a client, Carla offers a chuffed Eva her old job back at the factory. But when a despondent Johnny and Aidan return from the meeting, having failed to strike a deal, Aidan’s furious to hear Carla’s been hiring behind his back.

As Tyrone and Fiz set off for Hope’s first chemo session, Chesney suggests Tyrone join the lads for a drink later. Back from the hospital, Fiz persuades Tyrone to join the others but unable to relax and worried about Hope, Tyrone makes his excuses and heads home.

Kate’s bemused when a guilt-ridden Alya won’t be drawn on discussing her wedding plans.

Jason reigns in his temper and masking his guilt, tells the lads he’s heading home. As Yasmeen enthuses about wedding venues, Alya snaps at her and Zeedan can sense Alya is hiding something but she refuses to be drawn. The lads arrive back and Alya’s sickened to hear how their evening came to an abrupt end when Jason and Gary had some kind of altercation. Concerned about his mate Gary heads over to Jason’s where he pours his heart out to Jason and tells him how much he loves Alya and how she’s brought out the best in him. Worried sick, Alya calls at No.11 to find Jason and Gary putting the world to rights. Deeply unsettled Alya suggests to Gary they run away together and marry in secret. Will her attitude spark suspicion in Gary?

Fiz is surprised to see Tyrone back so early. Tyrone explains how he just wanted to be with his family and Fiz is touched. But when Tyrone promises Hope she can visit Santa in Lapland at Christmas, Fiz berates him, pointing out Hope is too sick to travel.

Eva’s upset when Aidan tells her that if she wants a job she’ll need to attend an interview and go through the proper channels. Clearly wound up, Eva approaches Aidan in the Rovers and demands he interviews her. Will Aidan give Eva the job?

As David and Kylie put the finishing touches to Gail’s new room, Kylie breaks down,
hating herself in the knowledge she murdered Callum. 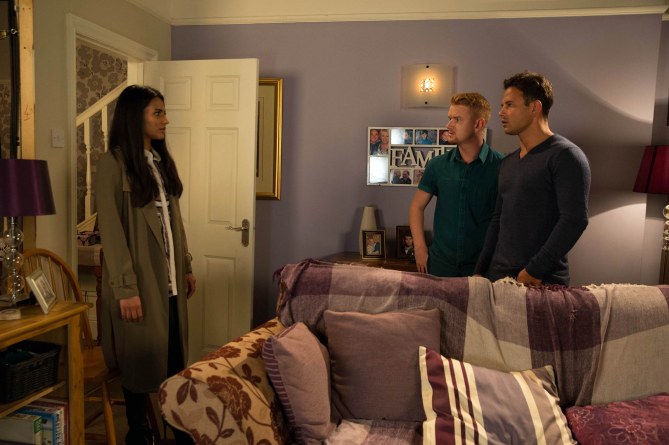