Back at home Sinead reveals to Daniel how Ken talked her into having an abortion. The police then question Daniel again about his movements on the night of Ken’s attack, as they’ve found discrepancies with the tram ticket he provided as part of his alibi. Ken calls at the flat and apologises to Sinead for all that he’s put her through. As he makes to leave, Ken’s horrified to recognise a pair of trainers. Back at home Ken tells Roy that he remembers seeing the trainers when he was pushed, meaning the owner must be his attacker. Who do the shoes belong to?

Unable to live with the guilt any longer, Gina confesses to Sally that she was her internet troll. In tears Gina blames her medication and assures Sally she has no knowledge of the terrible things she’s done, Sally’s stunned. Hearing the news Tim’s furious and goes to confront Gina but when he arrives at No.4 it appears all may not be as it seems?

When Peter reveals the money has come through from the shop and they can buy the Rovers, Toyah’s thrilled.​​ 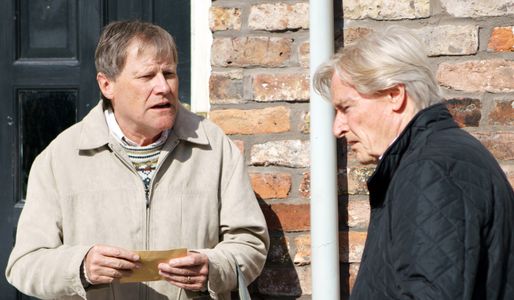