After pouring over the Underworld accounts, Carla’s depressed and admits to Nick that she’s in a financial mess. As Carla shows Aidan round the factory, a man turns up to repossess her car. Aidan’s shocked to realise the extent of Carla’s financial problems. Sally tries to make light of the situation whilst Alya enjoys watching Carla squirm.

Gail and David are adamant that Max must go to the police station and make a statement but Kylie worries that it’ll be too upsetting for him. Sarah and Bethany are shocked to hear Max witnessed Callum beating up Jason. Kylie agrees to take Max to the police to report witnessing Callum’s attack on Jason. Callum is riled when Bethany refuses to give him an alibi, and heads to Sarah’s house with a plan…

Tyrone and Fiz take Hope to see the doctor. The doctor tells them that Hope has a lump in her abdomen and will need an ultrasound scan.

Making out she needs Bethany’s help, Gemma lures her into the car. Gemma explains to Bethany that Callum wants her to give him an alibi and tell the police she was with him and Gemma when Jason was beaten up. Bethany refuses but Gemma phones Callum who shows her pictures of Sarah clearly drugged on the sofa at No. 8. Callum tells

Bethany that she’ll do as she’s told or Sarah gets it. Terrified, will Bethany agree? While Gail, David, Kylie and Sarah celebrate Callum’s downfall, Bethany is overwhelmed with guilt.

Fed up with Carla’s self-pity, Nick tells her to get a grip and a row ensues. Nick persuades Aidan that, with his support, Carla can turn the business around and they’ll be sitting on a goldmine. Will Nick be able to work his magic on Aidan and save Underworld?

Liz, Lloyd and Erica share a few bottles of wine and laugh as they compare their car-crash love lives. Liz wonders if Lloyd and Erica might be a good match. Later, Lloyd leaves a message on Andrea’s phone admitting how much he misses her.

In the garage, Tyrone confides in Kevin about Hope’s condition. Fiz and Tyrone are grateful for Kevin’s support as he calls at No. 9 with some beers. 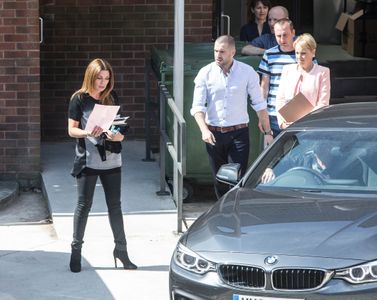