When Tony chucks £50 at Todd and tells him to leave town, an angry Todd heads to the Rovers to drown his sorrows. After a chat with Michael, who advises Eileen not to become estranged from her family, she decides to give Todd one last chance. But when she finds him drunk, and rowing with Michael and Sophie, has Eileen reached the end of the line with Todd?

As Peter surveys his bruises he’s rattled when Jim warns him they still have unfinished business. Meanwhile Liz faces Jim and orders him to call off the dogs and leave Peter alone, for Ken and Deirdre’s sake. Jim agrees on one condition, that Liz continues to visit him regularly. How will Liz respond?

Adopting a different tack, Andrea and Lloyd try chatting to Neil genially when they bump into him. But Neil warns them he won’t be put off, and will continue to hang around and make their lives a misery.

Kevin arrives back with Jack to a warm welcome from Sophie. Tim agrees to go for a pint with Kevin. Will they clear the air? 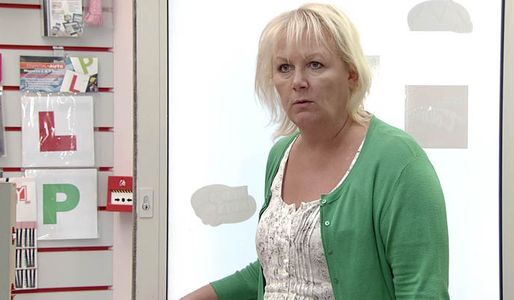