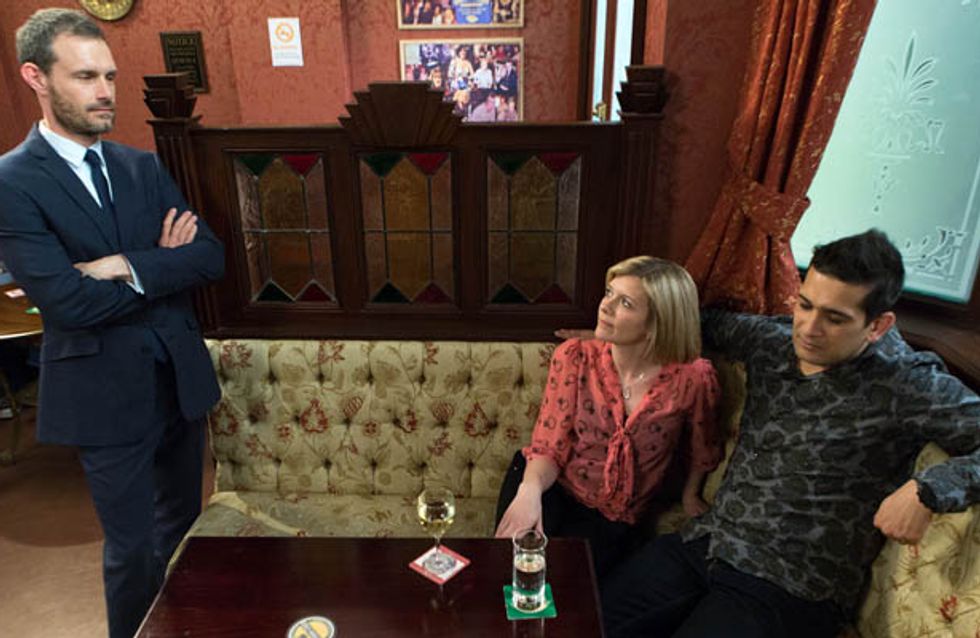 Nick’s taken aback when Leanne tells him that she spent the night with Kal. Feeling angry, Nick marches up to Leanne and Kal and tells them he’s filing for divorce on the grounds of adultery.

Carla tells Rob and Michelle that she intends to get the factory back on track and she apologies to the workers for the awful things she said. When Rob talks to Tracy about Tina’s funeral, it’s clear he found it deeply upsetting but something in his voice unnerves Tracy...

Izzy’s hurt when Gary refuses to babysit, telling her he’s already made plans. Confiding in Katy, she tells her she’s worried her and Gary are drifting apart. Whilst out Gary chats up a girl called Alya and makes out he’s single but when she suggests they go home together, will Gary accept?
​
Elsewhere, a guilty Kylie admits to David how she posted a spoof letter to Michael suggesting him and Gail get together. Liz and Eileen plan a surprise 40th birthday party for Steve. 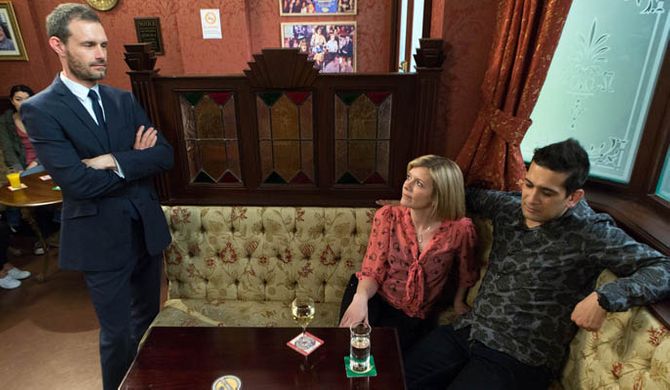