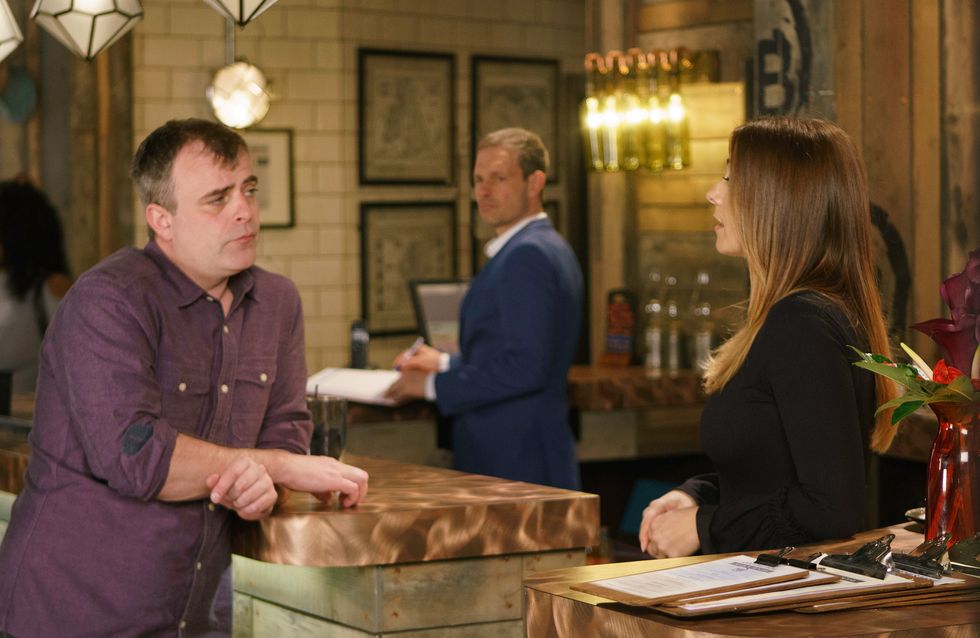 Daniel tells Sinead he’s going to stay at his old flat for a few days as his landlord is demanding he redecorates it. When Roy hears this from Sinead he suspects Daniel’s planning a runner. Meanwhile pointing out that he’s caused nothing but trouble for Ken, Peter and Tracy tell Adam it’s time he moved on. Calling at No.1 with his bags, Adam explains to Ken that he’s leaving town. Spotting the offending trainers, Ken asks Adam if they are his. Will Adam’s answer confirm him as Ken’s attacker?

A downcast Steve calls in the bistro to tell Michelle that Peter and Toyah are now in a position to buy the pub so she’ll soon have her money. Overhearing this Nick forms a plan to get both Steve and Peter out of his and Leanne’s life for good, what is he up to?

As the Websters search for Gina, Tim finds her sitting alone on the site of a demolished house.

Egged on by Gemma, Cathy asks Brian out on a date. Torn over his loyalty to Roy, what will Brian say?

A visibly scared Ken shows Peter the trainers, revealing he knows who is attacker is. Shaken, Ken calls the police.

​​​​​Peter and Toyah are furious when Steve says he’s had a change of heart and refuses to sell his pub. When Steve tells Leanne about Nick’s interference she’s incandescent with rage and confronts Nick about his crazy plan.
​

Telling Gina how much she cares about her, Sally begs her to come home. Will Gina agree? Elsewhere, Roy mocks Brian’s superstitious beliefs.