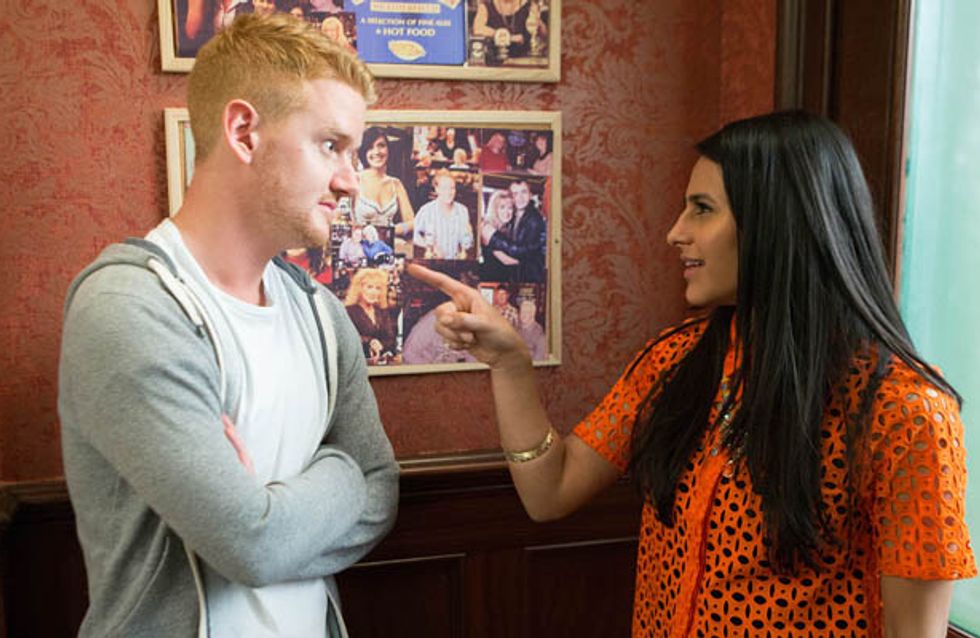 Gary is mortified when he realises he spent the night with Alya and quickly throwing his clothes on, he tells Alya he works for a bank and is late. Later at the gym, Izzy comes to collect Gary but he’s stopped in his tracks when Kal’s daughter walks in.

Steve is clearly depressed at turning 40 and wanting to be on his own he tells Lloyd he’s going to drive a customer to the airport. Lloyd tells Steve that he can’t as Liz and Michelle have organised a surprise party for him but he sets off all the same. When Michelle and Liz find out Steve isn’t coming, Michelle decides to lure him back by posing as a customer, but will her plan work?

Deirdre finds Steph’s charm bracelet in the ginnel and unaware of whom it belonged to, takes it home and places it on the side but Peter moves it, unwittingly leaving his fingerprints all over it.
​
Elsewhere, Gail’s stunned when Michael calls at No.8. Leanne and Nick row over their divorce as Nick insists he’ll see she gets nothing.

Gary’s horrified to discover Alya is Kal’s daughter and taking her to one side he begs her not to mention their one night stand.

Steve’s annoyed to discover that he’s been set up and his passenger is Michelle. He tells Michelle that he’s a waste of space and lists all the mistakes in his life. Can Michelle persuade Steve to attend his party or is he set on wallowing in his own self-pity?

Gail’s horrified when an embarrassed Michael shows her the love letter which she supposedly wrote to him and she’s furious when she finds out it was Kylie who wrote it as a joke.
​
Elsewhere, Tracy admires Steph’s charm bracelet and claims it as her own. Sally’s peeved when Carla tells her she can apply for the new PA role as Sally assumed it would be hers. 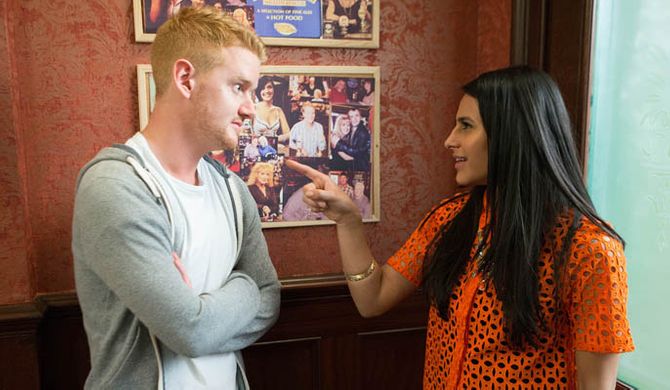