Gary confesses to Owen that he hit Phelan with a piece of copper piping because he tried it on with Anna. When they go to find him, Phelan’s body is nowhere to be seen…

Beth and Sinead had a disappointing evening at bingo. They chat to Maureen as they head for the bus stop, who won bingo that night. When a thug grabs Maureen’s handbag, will Beth come to Maureen’s rescue?

Jason riles at Tony for losing him the gym contract. Tony flirts with Liz in the Rovers, obviously enjoying her company.

Elsewhere, Jake is rushed to hospital with possible meningitis, and Mary, Stella and Kal plan a surprise party for Dev’s 50th birthday.

Gary and Owen arrive at the hospital, and the doctor assures them that Jake has a virus, not meningitis. Owen and Gary nervously try to phone Phelan without any reply, and his house are completely dark. They ring the bell and no one answers. Could Gary really have killed him?

Maureen reports the mugging to the police and sings Beth’s praises. Beth excitedly tells Chesney and Kirk with the tale of how she fought of Mauren’s mugger. 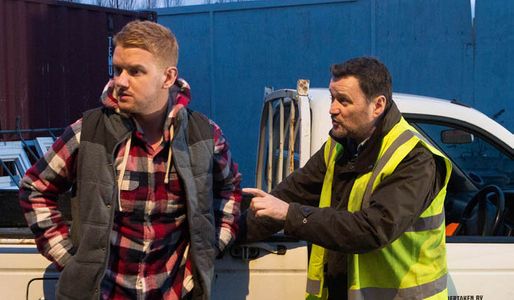 Hollyoaks 28/02 – Maxine must face the consequences of her actions