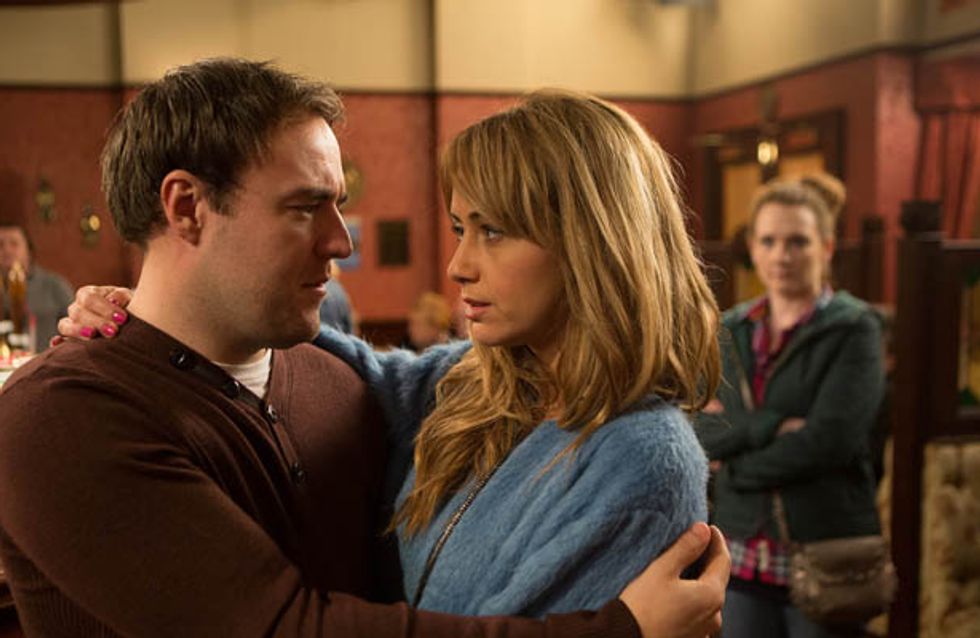 Fiz is suspicious when she sees Tyrone confiding in Maria when he receives another text from ‘Kirsty’. She gets the phone and scrolls through, furious to find the latest message from Kirsty. But when she finds out Tyrone’s already shown Maria the message, how will she react?

Leanne says she’ll think about Nick’s proposal of going on a family holiday not wanting to hurt his feelings. An excited Nick tells Kal that Leanne is giving him another chance, but where will that leave Kal?

Sophie’s angry when Maddie loses it with Dev in the shop and tells her to treat people better.
​
Elsewhere, Sinead is worried when Beth tells her and Chesney about her operation in Latvia. Steve talks Dev into doing the charity run with him, wanting to beat Lloyd in the race.

Maria’s pleased when Tyrone tells her Fiz is jealous of their relationship. David tells Maria she’s playing a dangerous game and Maria realises he’s right. But as Tyrone goes to hug her, Fiz comes into the pub. Seeing the pair together, how will she react?

Kal puts Nick and Steve through their paces but Kal winds Nick up and he ends up knocking Steve to the ground in a temper. When Leanne hears about how Kal goaded Nick she’s furious. Has Kal lost Leanne for good?

Sally’s shocked to hear Kevin has gone to Germany as Bill’s broken his leg. She’s furious to learn that not only has he left the girls alone at No.13, he’s offered Maddie a job valeting cars at the garage.
​
Elsewhere, Steph persuades Chesney to buy Sinead a figure-hugging dress with the money Beth gave him, but will Sinead be as impressed with this gift? 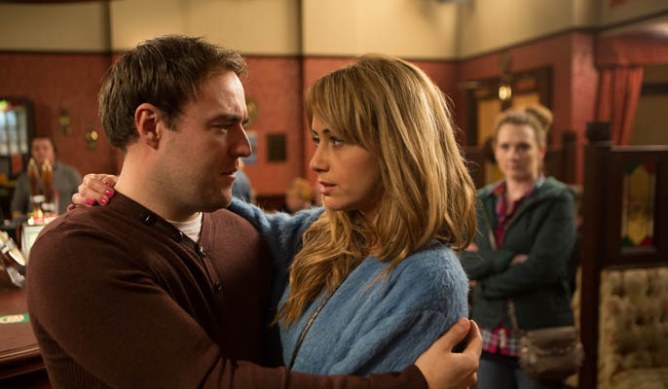