Stressed Kylie’s tempted to take more of Max’s pills but is stopped when David disturbs her. But as the day goes on she crosses the line once more and takes the final few of Max’s pills believing David is picking up a new prescription. But with David delayed and unable to go to the chemist is Kylie about to be found out?

Looking after poorly Sally is testing Tim’s patience to the limit. But his behaviour raises some concerns when he discards an application form for a new job.

Neil calls in to see Andrea and Lloyd - he tells them he has been cautioned by the police and is leaving the country for good. Is their nightmare finally over?

When Julie casually arranges to see Dev at the gym, Mary promptly invites herself along.

David is furious that he has caught Kylie taking Max’s last pills and storms out to get the prescription taking the kids with him as he doesn’t want to leave them with Kylie. She breaks down and pours her heart out to Eva. David returns and locks the new pills away from Kylie.

Maddie is suspicious when Tim ducks out of playing scrabble with the family and heads off to the pub with Kevin. She tackles him with her suspicions - will he come clean?

Neil reveals he has managed to get his old job back oversees so Lloyd offers to drive him to the airport. Is this the end?

Mary and Julie continue to battle it out for Dev’s attention. 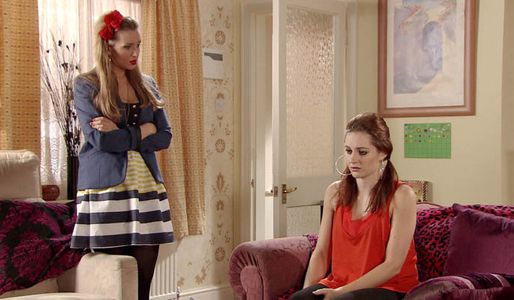