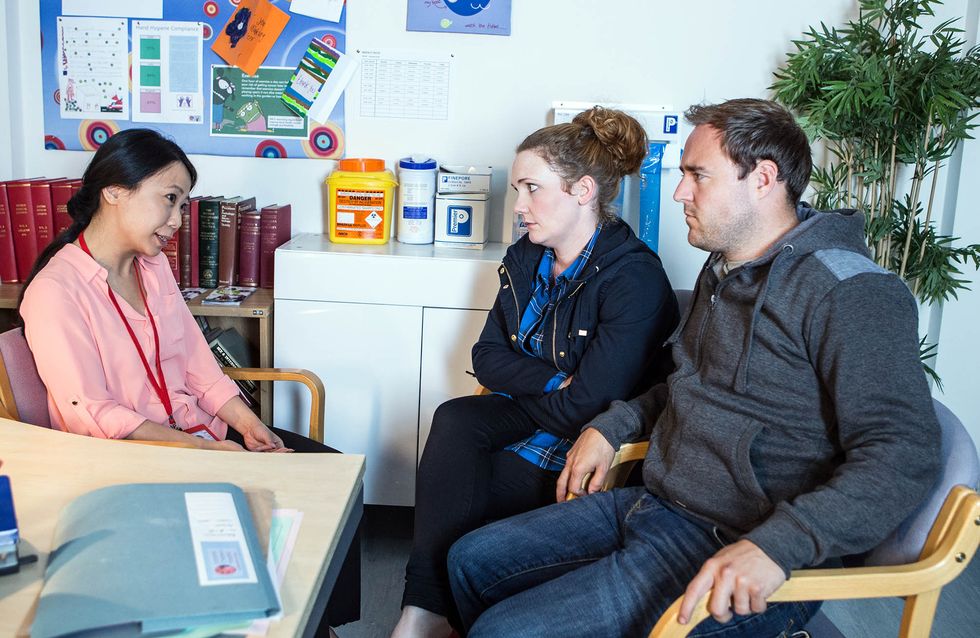 Sophie’s alarmed when a fired-up Sally vows to change Tim’s mind about the wedding. Sally begs a reluctant Kevin to appeal to Tim on her behalf. Over a pint can Kevin convince Tim to forgive Sally?

Hope tells Fiz and Tyrone she wants to visit Santa in Lapland for Christmas. Meanwhile Fiz and Tyrone go to the hospital for Hope’s biopsy results. They’re devastated to learn she has a cancer called neuroblastoma and will require chemotherapy. Aidan agrees to Fiz being off work while Hope has treatment but regrets he can’t pay her. How will Fiz react when Tyrone reveals he’s booked a trip to Lapland?

No further information will be available on this story due to on sale dates.

Zeedan struggles with the running of the gym. 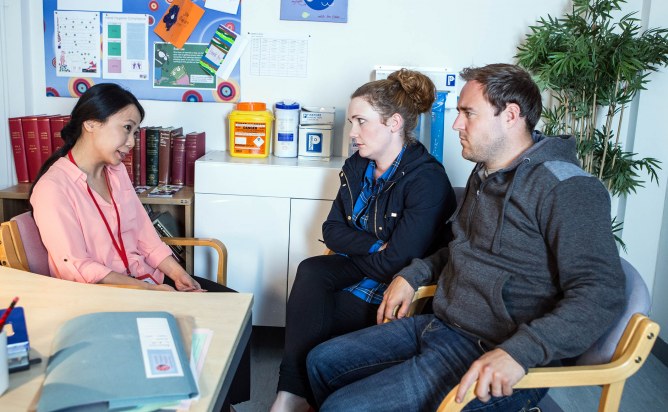