In tears, Alya assures Gary she loves him and that’s why she had to tell him the truth. Alya tries to explain to Gary how she was grieving for her Dad, she got drunk and had sex and it was all a terrible mistake. As Yasmeen, Sharif and Zeedan head home, they’re shocked to see Alya in floods of tears being pursued by an angry Gary. When Gary reveals that Alya has had sex and it wasn’t with him, the Nazirs are horrified and stare at Alya in disbelief. Lashing out Gary accuses Aidan of sleeping with Alya, will Jason step up and admit it was him? Meanwhile Alya returns home to face the music.

Ken and Audrey find Alex enjoying a drink in the Rovers. Ken quickly phones Roy. Nessa arrives in the Rovers, relieved to see Alex alive and well. Roy chats to Alex and makes him see how much he worried his Mum by staying out all night. Nessa thanks Ken for all his help and it’s clear she fancies him. Audrey bristles, while Alex apologises to mum Nessa.

Mary swoons over Brendan telling him how she has every issue of his magazine bar one. Brendan promises to try and track it down for her, as Rita and Norris roll their eyes. When Brendan returns and hands Mary her missing copy of The Inexplicable she’s thrilled.

Sophie finds the perfect garage premises for Kevin to buy. Kevin’s concerned at the price but Sophie insists it’ll be worth it. 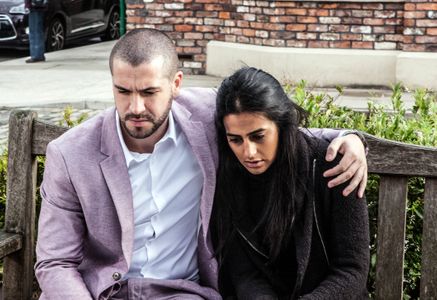