Coronation Street 7/09 - The flaming truth comes out to Carla

Robert tells Tracy she has to come clean to Carla about the fire as he can’t bear to watch her torture herself any longer. Finding Carla knocking back wine, Tracy climbs in the passenger seat of Carla’s car. Begging her to stop blaming herself, Tracy points out that the fire was just a horrible accident. Tracy’s stunned when Carla suddenly puts the car into gear and announces they’re going for a ride. As Carla drives erratically, Tracy worries for their safety, especially when Carla stops by a quarry. Teetering dangerously on the edge of the quarry, Carla talks about Kal and Maddie’s deaths.

Nursing her head injury, Leanne enlists Zeedan’s help in tracking Simon down. Simon is hiding out in Amy’s wardrobe but when a worried Leanne quizzes Amy, Amy lies to her and denies all knowledge. Amy reports back to Simon in the wardrobe that Leanne’s downstairs crying. Will Simon come clean?

Worn out after a sleepless night, David and Kylie suggest to Gail she should move out then Lily can have her own room. Will Gail agree?

After a very successful meeting with Heather, an Underworld client, Alya asks her for some advice.

As Carla takes a step towards the edge of the quarry, Tracy yells at her to stop, finally confessing that she was responsible for the fire. Carla reels as Tracy reveals how she stole Michelle’s keys and let herself into Carla’s flat intent on hurting her but bottled out and left, forgetting she’d lit a candle. Tracy explains how she hated her for taking Rob away and then her share of the Rovers and wanted revenge. Emotions running high Carla and Tracy fight on the edge of the quarry. Will Tracy’s confession end in tragedy?

With Leanne about to report Simon missing to the police, Simon nervously descends the stairs. Simon’s mortified to realise Leanne’s told Zeedan about his recent behaviour. back at the flat Leanne’s touched when Zeedan arrives with a sleeping bag, explaining to Simon that he’s staying until he’s sure he can be trusted.

At Sally’s suggestion, Gail invites Tony round to No.8 to give them a quote for converting the garage into a granny-flat for her. Will David and Kylie agree?

Anna and Tim look at photos of Miley, excited at the thought of her homecoming. 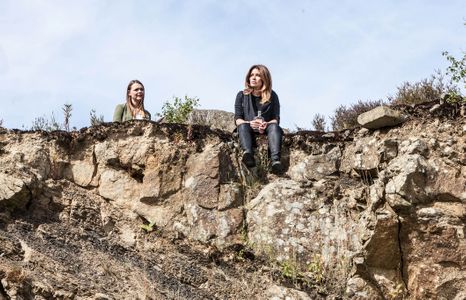