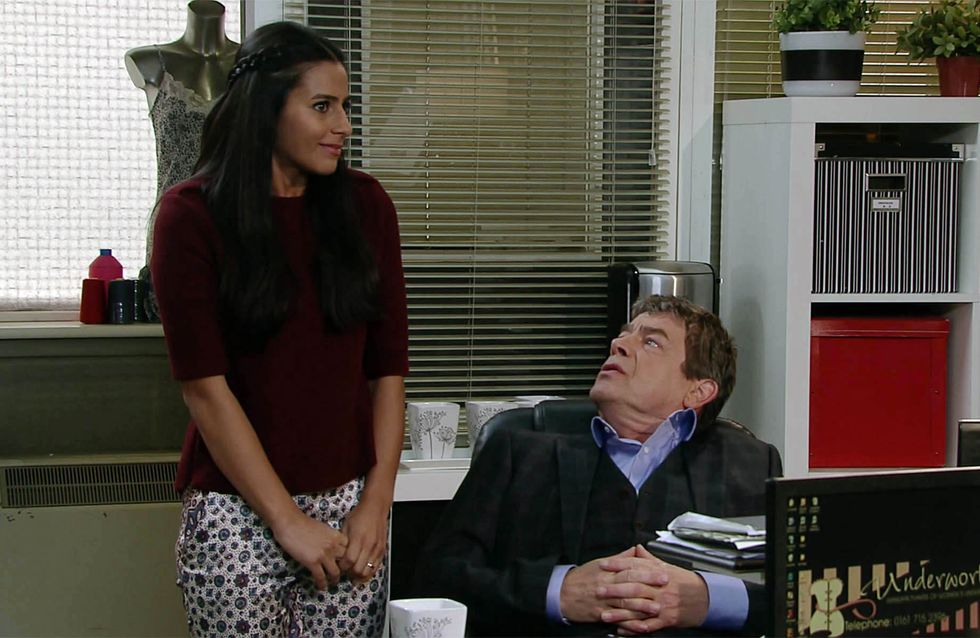 When Michelle reads out an article in the paper about the discovery of a body in the canal, Sarah goes into meltdown, convinced it must be Callum. Clearly in a state, Sarah tells Kylie how they’ve found Callum’s body in the canal and it’s only a matter of time before they’re arrested. Kylie does her best to calm her down but at breaking point, Sarah announces she’s going to the police to tell them about Callum’s death. Horrified, Kylie tries to stop her.

Carla and Aidan introduce Johnny to the factory girls. The girls aren’t sure what to make of him. As Johnny scans the factory accounts, he’s unimpressed. Carla explains how she had a gambling problem but she’s now getting the business back on track.

Roy books surprise tickets for a concert for he and Cathy but when he sees Ken looking downbeat, he invites him along instead. Anna queries the wisdom of such a move.

In an attempt to keep her mind off Hope’s test results, Fiz tells Tyrone of the busy day she has planned for the girls. 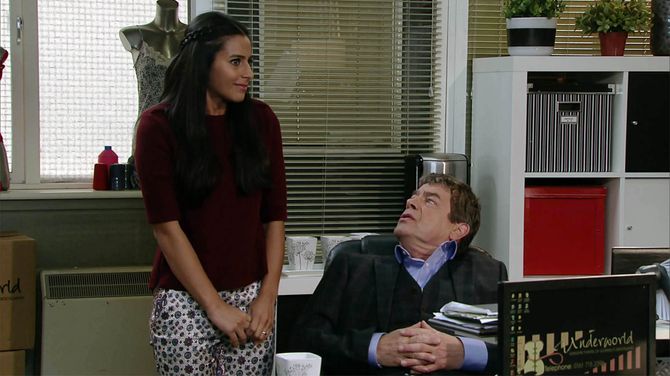