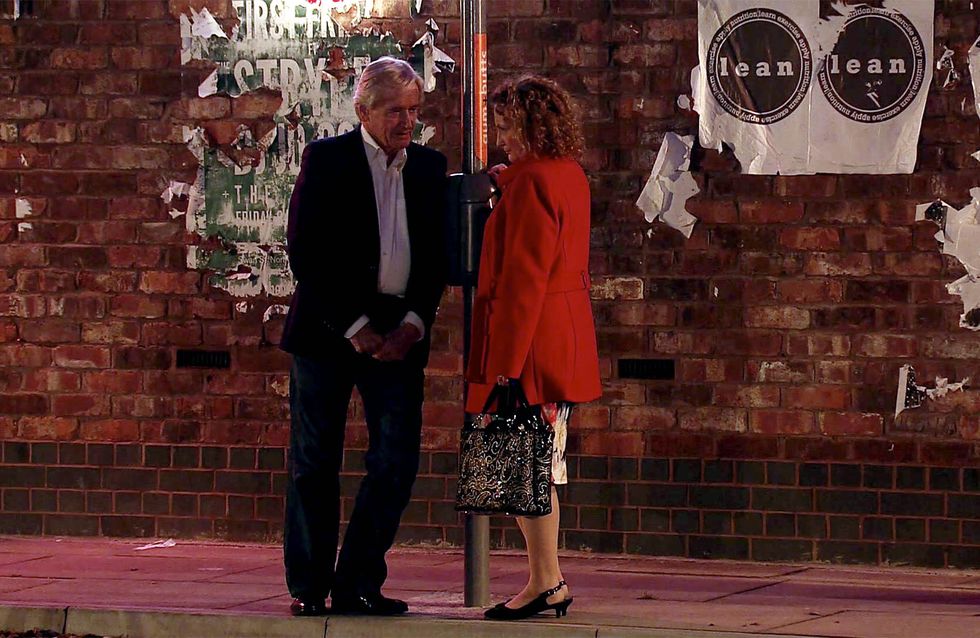 Tracy’s taken aback when she receives a visiting order from Rob in prison. As Robert approaches, she shoves it in her pocket. In his prison cell Rob tells his cellmate that he’s sent Tracy a visiting order and intends to have his revenge on her. Meanwhile Robert gives Simon a pep talk and persuades him to attend another counseling session. Simon agrees on condition Robert goes with him. Tracy’s gutted when Robert sends her a text cancelling their drink and then she spots him leaving in a cab with Leanne and Simon. In the prison visiting room Rob approaches Tracy...

In the salon, Nessa prattles on about how she and Ken are entertaining Roy and Cathy for dinner later. Suddenly downing tools, Nessa announces she’s off to the precinct to make an emergency purchase. Audrey grits her teeth. Audrey moans to Rita how she regrets letting Nessa get her claws into Ken and wishes she’d been more proactive.

Liz, Erica and Anna commiserate over the lack of men in their lives. At Erica’s suggestion, they agree to attend a Singles Night. When Kate and Billy arrange to meet for a drink after work, Sally forms a plan. In the bistro, Sally drags Billy away, making out she and Tim need to talk to him about their marital problems. Sally then orders Sophie to keep Kate company. Billy and Tim are clearly bemused.

Rob tells Tracy how he’s tried to forget about her but can’t as she still means the world to him. Telling Tracy how lonely he is, Rob begs Tracy to stay a bit longer and wonders if she’s met somebody else. Tracy lies to him, denying she’s in any relationship. When Rob quizzes Tracy about Carla and the factory Tracy reveals how Carla was driving the business into the ground and Johnny came to her rescue. Rob’s intrigued. As Tracy makes to leave, Rob tells her how much he loves her and hopes she’ll visit him again. Will Tracy agree? Meanwhile when Robert admits to Tracy how he accompanied Simon to his counseling, he’s surprised how calmly she takes the news.

When Nessa presents Ken with a pair of designer jeans, Ken’s quietly horrified, but not wishing to offend her her puts them on. Over dinner with Roy and Cathy, Cathy berates Nessa for cajoling Ken into the jeans. After a nightcap in the Rovers, Nessa apologises to Ken and suggests she could stay the night. As Audrey watches on, fighting back the tears, will Ken agree?

Todd watches Sarah work behind the bar. When she suffers a twinge in her tummy, Todd clocks her discomfort, his mind working overtime. Catching up with Sarah outside Todd asks her who’s the daddy. Horrified will Sarah confesses she’s pregnant with Callum’s baby?

​Anna knocks back the wine, nervous at the thought of Singles Night. Erica and Liz are amused to realise Anna’s too drunk to attend. Assuring Billy that his advice has been invaluable, Sally dismisses him. Tim and Sophie realise Sally was simply trying to set Sophie up with Kate again. In a strop, Simon tells Leanne he’s had enough of counseling and it’s a waste of time. Leanne’s at her wit’s end. 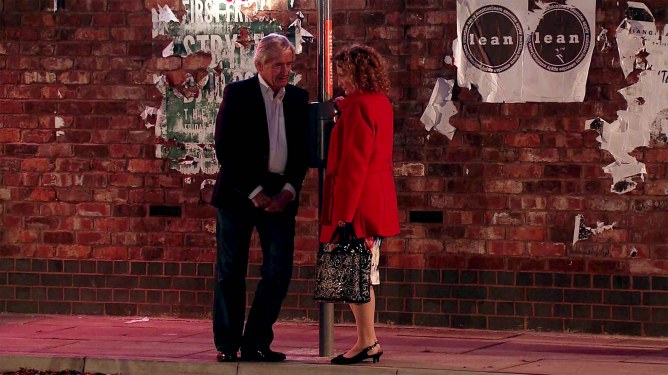