Tony is bemused when he sees Callum’s heavies leaving the ginnel. Kylie and David are concerned as to where Max has been when he returns home clearly upset: what has he seen and will he be brave enough to tell his mum? Meanwhile Sarah finds an unconscious Jason in the ginnel and phones for an ambulance as his family gather round, horrified at the extent of his injuries. Knowing exactly who was behind the attack, can the Platts formulate a plan to put a stop to Callum’s ways once and for all?

Desperate for Carla to stay in Weatherfield, he begs her to reconsider her decision to move away. Pulling out all the stops he finally confesses that he wishes he were with her and not Erica. How will Carla respond, and will it be enough to make her stay?

Dougie’s presence is starting to irritate camp members as he shows off his fire-fighting and foraging skills. When Fiz tells Craig that it’s obvious he really likes Caitlin and that he shouldn’t waste any time in making a move, he gets embarrassed. Will Craig tell his campmate how he feels? When he later receives a text message confirming he’s passed all of his GCSEs, the camp come together to celebrate. 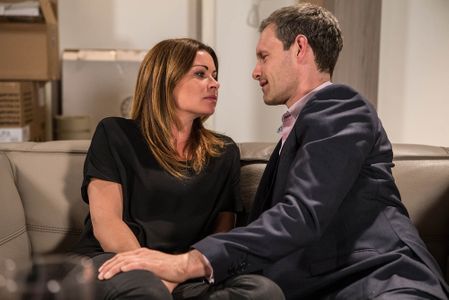