EastEnders 8/10 - Ian and Kathy reel from seeing each other

Ian and Kathy reel from seeing each other but the reunion takes a sudden turn – how will Ian cope with the truth his mum is actually alive?

As the truth about Jason and Babe surfaces, an upset Elaine comes to blows with Babe. Later on, Linda is on a mission to confront Babe about embarrassing Elaine but has a change of heart when she hears Babe’s side of the story. Back at The Vic, Linda encourages Elaine and Babe to talk. When Jason arrives to collect his things, a riled Linda gives him some home truths. Later on, Mick and Linda get close.

Elsewhere, Shabnam and Kush attempt to start moving on by dismantling Zaair’s cot. However after spotting Jade arrive at the Carters, Shabnam later tells Kush she is worried for Jade and wants her back so she can take care of her instead of the Carters. Shabnam insists this has nothing to do with the death of Zaair but Kush refuses to accept the idea. Nevertheless, Shabnam later finds herself telling the social worker she wants Jade to live with her. 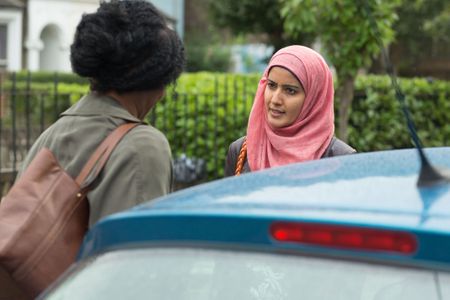