by Helen Turnbull Published on 8 May 2017 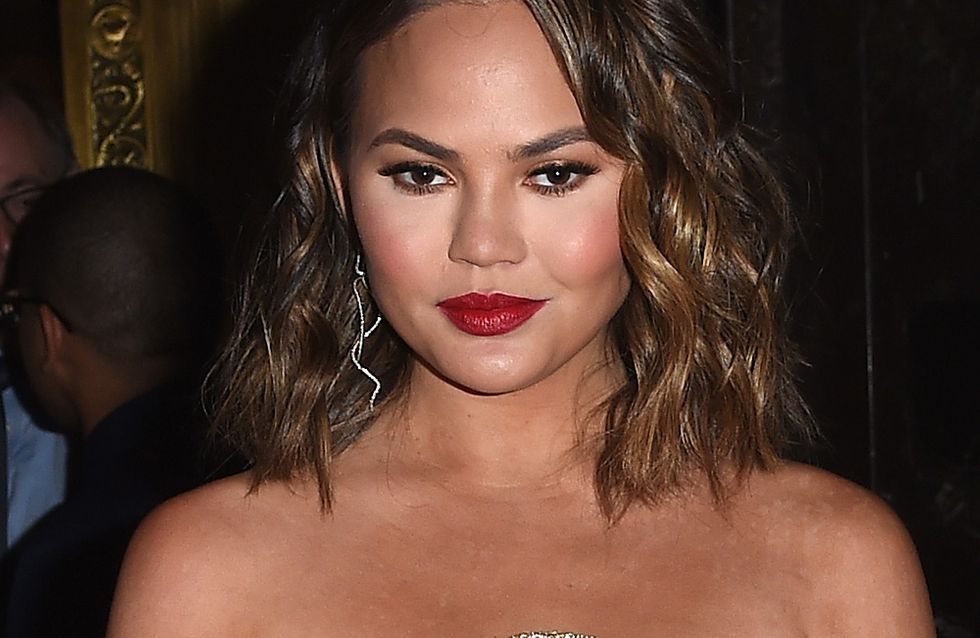 Just a week after Kim Kardashian proved herself to be just like me and you when photos showing her unphotoshopped backside in all its huge and cellulite-ridden glory emerged, Chrissy Teigen dropped the bombshell that her stunning good looks aren't down to impeccable genes but extensive amounts of plastic surgery. The Sports Illustrated model shocked the world when she said everything about her face was fake 'except my cheeks' before admitting it was all a big joke.

If you thought Chrissy Teigen is one of the most naturally beautiful women in the world, the news her looks have been surgically enhanced may come as a surprise. The Sports Illustrated model - whose built a successful career on her photogenic face and swimsuit-friendly body - admitted everything about her face is fake, except her cheeks, when talking to a group of beauty editors at the weekend.

"Everything about me is fake except my cheeks," Teigen told Byrdie before pointing to her forehead, nose and lips, saying: "Fake, fake, fake." While the candid confession is a surprising one from a model, the mother-of-one added that she has no qualms about admitting the truth and that she doesn't regret any of the cosmetic procedures. "I'm not shy talking about that sort of thing. I have no regrets," she said, in a very convincing manner.

But more fool us as Teigen took to Twitter shortly after noticing many media outlets had run the story for face value with headlines reading: "'Everything about me is fake except my cheeks': Chrissy Teigen admits to having extensive plastic surgery," to reveal it was all a big joke. Writing on Twitter, she clarified: "Reminder to never ever joke, ever (I did do the armpits, no regrets except it clearly came back)," which was accompanied by a screenshot of MailOnline's story.

She added: "You think I'd have this ass if I'd done extensive work? Like who would ask for this ass."

Reminder to never ever joke, ever (I did do the armpits, no regrets except it clearly came back) pic.twitter.com/89mHXGE1Hc

In the original interview, the wife of John Legend also revealed her list of plastic surgery procedures extends beyond her face, revealing she once had liposuction on her armpit - the operation she referred to in her tweet and the only one she actually underwent. She explained the procedure to Refinery29, saying: "I had an armpit sucked out, which was one of the best things. It's a big secret, but I don't care. It was nine years ago or so."

Teigen went on to say that although she was happy with the results - it added two inches to her arm and made her feel more confident in dresses - she realises just how stupid the whole thing was but isn't bothered, so much so she's considering undergoing the same procedure again as the fat has grown back. She finished: "It was the dumbest, stupidest thing I've ever done. The dumbest, but I like it, whatever. I have no regrets, honestly."

Did Chrissy Teigen fool you? Let us know your thoughts @soFeminineUK

This Is Why 'Chinplants' Are The New Boob Jobs

What Happens During A Facelift? We Find Out Step By Step