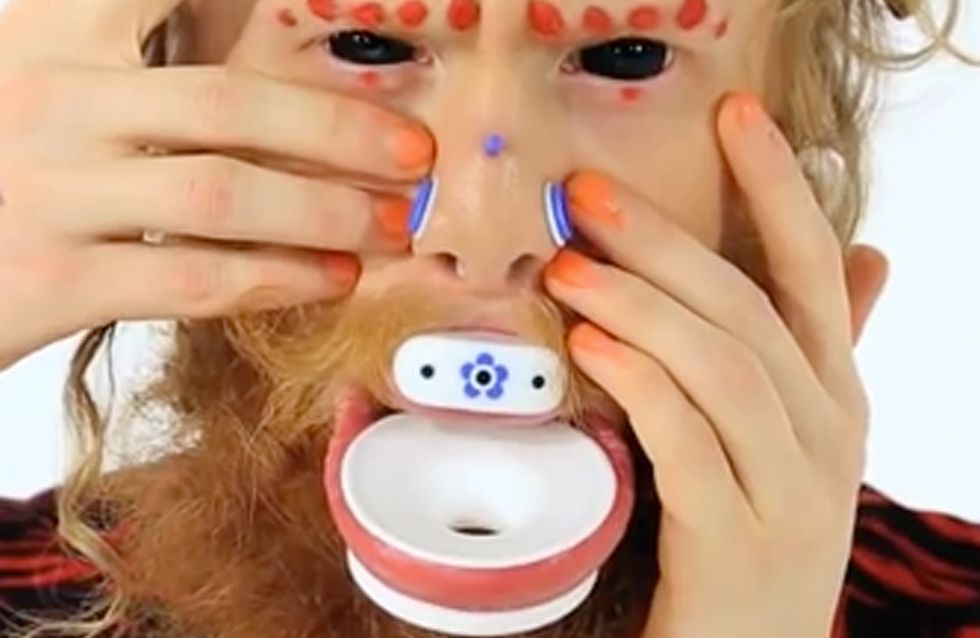 In a world where body modification knows no bounds, it's humanly possible to transform yourself into whatever your spirit animal may be but we reckon Jenya Bolotov is the most extreme living example of this. The Russian 26 year old has spent the last seven years altering his body - which has mostly involved stretching his facial features beyond recognition - to allow him to realise his dream of looking and 'feeling' like a human platypus because quite frankly, he's quackers.

Jenya Bolotov has spent the last seven years, and God knows how much money, transforming himself into a 'human platypus' - a laborious transformation which has see him modify his facial features beyond comprehension - so he can finally feel that he 'belongs'. The 26-year-old designer, who originates from Russia, has stretched both his ear lobes, his nostrils and septum as well as both lips - by over nine inches combined - to emulate the distinctive beak of his spirit animal.

Additionally, he's the only person in the world to have had the top bridge of his nose (or Surna) stretched in order to further authenticate his platypus-like appearance. Explaining his reasons for going to such extreme measures to achieve his desired look, he said: "'I love platypus - the way they look and even the word 'platypus' itself. I like the way my stretched face and lips now look like a platypus bill.

"All of the modifications I have added to my body make me feel whole. This is what I am now. It is what I have always wanted to be." But despite this, Jenya has no plans to stop, vowing to keep modifying his body until he is happy. He explained: "I would stretch my face and lips a little at a time and keep going. There was no limit.

'It has taken me years to get to where I am and now I feel like I finally belong in this world. Externally, I am now a platypus. My resemblance is the way I want it to be. Inside though, I am more like a bird. They're my spirit animal and they come to me in my dreams."

Jenya's lips are now permanently stretched to a combined size of 91mm but he insists the enlarged feature doesn't get in the way of his daily life, saying: "I can eat, talk and speak on the phone like everyone else. Nothing has changed at all."

Now I know us millennials are low-key obsessed with unicorns but we'll stick with the glitter, thanks.

Do you think this is body modification gone mad or should we have the power to alter our appearances whichever way we wish? Let us know your thoughts @soFeminineUK

Chrissy Teigen Fools Everyone Into Thinking She's Had Extensive Surgery

You Can Now Buy Anti-Wrinkle Tape For Your Neck

At age 26
by the editorial team

Looking elegant
by the editorial team

Looking stunning as always
by the editorial team

Looking a little more grown up
by the editorial team