Ok. So We Need To Talk About Tulisa's Face...

Celebrity Big Brother has ended. Jim Davidson won, Lee Ryan was a love rat. All of that. But the thing we're OMGing about in the office this morning is Tulisa Contostavlos' face. It kind of doesn't belong to her anymore.

Tulisa Contostavlos was out and about last night supporting her cousin and fellow bandmate Dappy as he left the Celebrity Big Brother House in second place.

The former X-Factor judge has been keeping a low profile ever since she got in trouble with the law for allegedly helping to obtain cocaine for an undercover report​er, a charge that she denies.

To celebrate Dappy's CBB success the star came out of hiding and showed off a brand new look - dark glossy hair, a sunkissed tan and a brand new face. Fresh start and all that.

We couldn't believe how different our girl next door looks. Tulisa's lips look fuller, her nose looks thinner and her forehead looks shiny and static.

The star tweeted after she left the final show saying: "Yaaaaaay thanks u guys we love u so much thanks 4 the support, he did so well, thanks 2 u guys, nuff love thank u ndubletts n Dappy fans."

And while it's good to see Tulisa smiling and looking good after a tough time in the press we couldn't help but double take at her visibly different features. Her nose, mouth, skin colour, cheekbones... they all look slightly different.

There was a time when Tulisa was a peroxide blonde with cute dimples, an English rose complexion and a pair of 'don't-cha-just-wanna-grab-'em' cheeks. But now she looks like a Hollywood clone. Looks like someone's been spending some money at the salon...​ 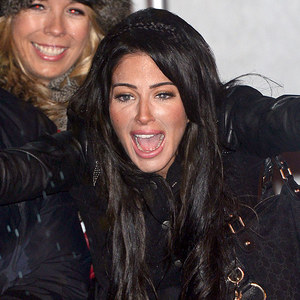 Here's how Tulisa used to look... 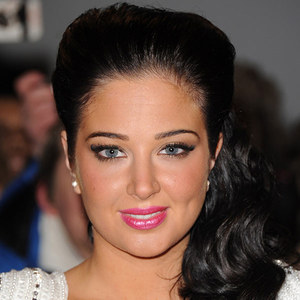 We're speculating about surgery. Has she had an eyebrow transplant? A perma-tan? New hair extensions? A nose job? All of the above? What do you think?

Do you love Tulisa's fresh new look or are you mourning for her natural good looks? Tweet us @sofeminineUK

The Best Bubble Braid Styles As Told By Instagram

18 Of The Most Dramatic Celebrity Eyebrow Transformations