People Are Getting Nipple Tucks To Make Them More Protruding

by Helen Turnbull Published on 3 July 2017 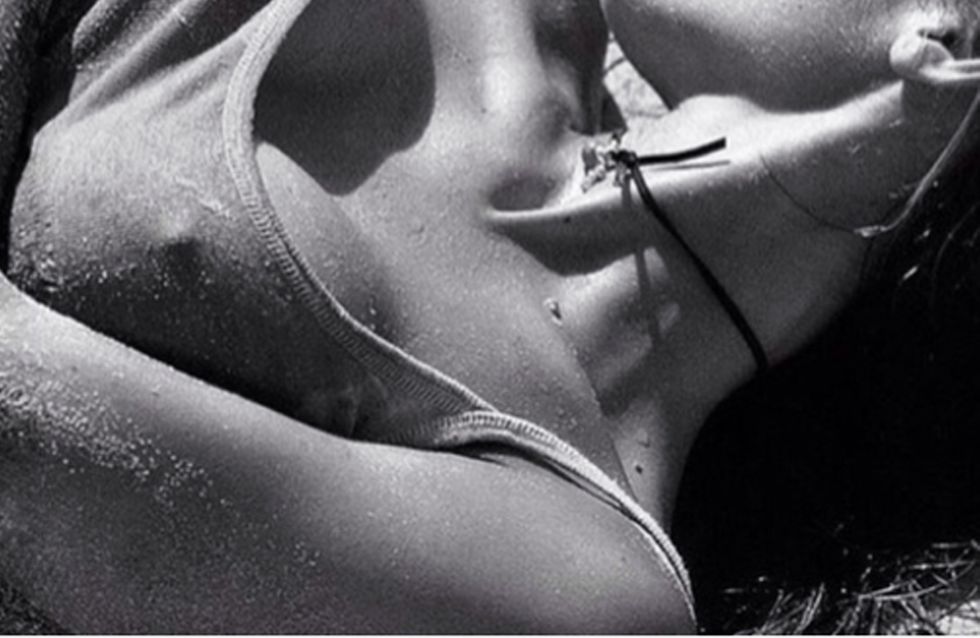 Just when you thought we'd reached peak cosmetic surgery with designer vaginas, a top registered doctor has revealed women are becoming increasingly conscious about the appearance of their nipples. So much so, more of us than ever are turning to plastic-surgery procedures to achieve aesthetically-perfect nipples.

The number of women booking in for nipple tucks has more than quadrupled in six months, according to Dr Norman Rowe's weekly patient figures. The New York-based surgeon - who is certified with the American Board of Plastic Surgery - believes the unprecedented surge in nipple-tuck requests stems from the sheer trend, of which Bella Hadid, Kendall Jenner and Kim Kardashian are purveyors.

"My patients come in with pictures from magazines of nipples that they want; they want to wear see-through dresses too, and that makes them take a closer look at their nipples," Dr Rowe told MailOnline. While some customers even want their nipples to deliberately poke out underneath their swimwear - a look he labels "headlights" - or underneath thin t-shirts, minus bra, a la Gigi Hadid - a trend that's no doubt been inspired by the free the nipple movement.

There's five main type of procedures he performs: distraction - making an innie an outie, adjusting the colour, making the nipples symmetrical, reducing the size of the areola and enlarging the nipple. All of these are minimally invasive but the procedure to achieve symmetrical designer nipples is the most invasive and the most popular at Dr Rowe's plastic surgery centre.

It's worth noting the popularity of nipple tucks relates to one plastic surgeon's figures in America - a nation famously obsessed with looks - and so far there's no data regarding nipple tucks in the UK but I can't see it catching on.

Will you be booking in for a nipple tuck? Let us know your thoughts @soFeminineUK

12 Thoughts Every Girl Has Before A Boob Job

Say Goodbye To Saggy Breasts: How To Make Your Boobs Look Younger

Target Is Selling Sunhats That Look Suspiciously Like Nipples