Muffin Tops Be Gone! Everything You Need To Know About The Wheat Belly Diet

by Vivian KELLY Published on 8 July 2014 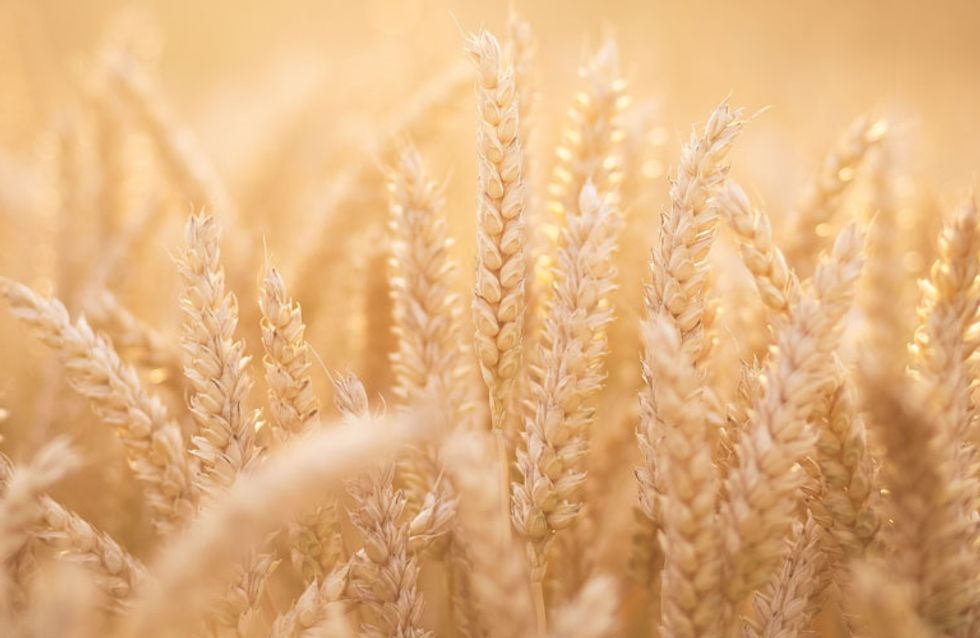 We couldn't help but raise our eyebrows when the wheat belly diet hit British shores. Is 'whole hearty wheat' really a burden to good health and wannabe beach bodies? Well according to Wheat Belly author and cardiologist, Dr. William Davis, it is! Intrigued? So were we. Ladies, here's everything you need to know about losing your wheat belly...

Top selling diet book, Wheat Belly, is the biggest diet craze of late, but what's the key behind this new phenomenon? Does it work? Is it healthy? We dug deeper to answer your questions.

The key to the Wheat Belly diet is to eliminate wheat from your diet COMPLETELY, but surely that can only be a bad thing, right? According to Wheat Belly author, Dr. William Davis, the answer is a big emphatic, NO. In fact, studies have suggested that cutting out​ wheat and other grains (such as barley and rye) can actually promote better health and set you on the road to longevity.

But how does that even make sense? The wheat consumed thousands of years ago isn't anything like it is today. Astonishingly, wheat can actually increase blood sugar as MUCH or MORE than table sugar, which everyone is avoiding nowadays (which is pretty big news if you ask us.)

Dr. Davis' Wheat Belly adventures started when he recognised his own problems with the grain and began to discover what worked for him and what did not. Davis was so taken back by his results that he decided to start advising his own patients to do the same. And the results were, well, pretty impressive to say the least!

During his experiment he saw patient's IBS cured, energy levels improved, cyclic cramping and diarrhoea relieved, sleep improved and most notably, a drastic drop in weight.

So by ditching the wheat and consuming all-natural, unprocessed foods you could help your body re-establish its bowel flora and gastrointestinal health, satisfy your blood sugar levels AND avoid autoimmune and inflammatory diseases!

What foods CAN you eat?

Here’s a quick-fire shopping list to give you an idea...

Have you ever noticed your morning hunger pangs come eleven o'clock? We gorge a big bowl of hearty cereal and then are left starving two hours later, right? Well according to Dr. Davis a three egg omelette with tomatoes, mozzarella cheese, and green peppers will ease your hunger AT LEAST until one o'clock.

How? Wheat exorphins cause euphoria in people AND addiction-like behaviours making you want more food even when you're not actually hungry. But keep in mind, people who give up wheat all together, but indulge in it from time to time, can run the risk of suffering from “wheat re-exposure reactions” which can cause diarrhea, gas and abdominal cramping - things everyone can do without!

So just how far should you go? Firstly, lets cover some ground.

Is this really a diet?

Not really! It's more of a way of life and "manner of eating". In fact, you can take the diet as far as you’d like. While some only eliminate processed foods, some people may take it a few steps further - beyond the realms of wheat. For example, by using the right oils when cooking.

And don't even think about olive oil. ​Despite mainstream claims, it’s important to know that although olive is high in antioxidants it’s only good when using uncooked as it has a much lower smoke point than other oils. Use at your own risk!

So, wheat isn't good for us?

According to Wheat Belly, no! What we thought was ‘nutritious’ and ‘healthy’ could actually be contributing to some serious health issues such as weight gain, heart disease, celiac disease and diabetes (and that’s not even half).

Growing more wheat on less land and smothering it with fertilisers has made for a less than healthy grain. But take us decades back and wheat (in its original, organic form) might have been somewhat of a superfood. According to Dr. Davis sky scrapping “amber waves” of wheat isn’t the reality it once was. Modern-mass harvesting doesn’t compare to the old fashioned way ancient wheat was once grown.

The the truth is, modern wheat is a "genetically unique plant" standing only a mere eighteen inches tall - a far cry from chemical-free harvesting days. And to make matters worse, common foods today such as pasta and bread are often made with white refined flour and quick rising yeast so we’re rarely (if ever!) confronted with true whole ancient wheat.

So instead of acknowledging how wheat has evolved throughout the years and changing the way we eat, we've kept our healthy perceptions of the grain and consumed more. And that’s where we went wrong. The health risks of processed foods are quite worrying.

And if you think it's gluten we're fearing, think again. We're most worried about a protein called 'gliadin', which is a “morphine-like” substance stimulating appetite and furthering our high carb addiction.

According to research cutting out wheat completely will actually make you feel less hungry, have less cravings and overall consume less calories. So no more imposing calorie limits, cutting out fat grams or limiting your portion sizes. Sounds like a sweet deal to us!

Can we really lose our stubborn muffin tops?

Dr. Davis describes the impact of wheat on our waistlines as the “most visible and defining characteristic" that humans experience. Do you want to get rid of your wheat belly? Eliminate all wheat! It's really that simple.

On average, studies show that you can lose one pound, each day, for ten days. And if you stick to it you can expect an average weight loss of twenty-five to thirty pounds in the next three to six months (depending on your starting weight). Yes, please!

But, is this really a practical solution to weight loss?

With ninety percent of produce in supermarket aisles containing wheat we couldn't help but question the practicality. According to thousands of tried and tested dieters though, it's worth it!

Essentially, you will have to take a step back from processed foods and start enjoying real natural foods. The issue with wheat is that it raises our blood sugar levels and give us addiction-like cravings, but there are still other foods which have a similar affect - particularly gluten free.

Look out for foods made with rice flour, corn starch and potato flour (which are all used in gluten free products). The trick is that manufacturers will eliminate the wheat, but replace it with an ingredient synonymous to wheat, so take it easy on gluten free treats - they're NOT as good as you think.

Here's what our experts say...

Nutritionist and obesity researcher Zoë Harcombe is all for Wheat Belly. Zoe says, "The book is a real eye opener and makes complete sense when you think of how alien wheat is to the human body. Our bodies have simply not adapted to cope with the wheat of today. So look no further than the high incidence of bloating, IBS, indigestion and so on for evidence.

But she warns it takes real dedication and willingness to succeed at it. "The downsides of switching to a real food diet are firstly, being likely to miss the wheat and sugar to which you may be addicted. You can also suffer from withdrawal symptoms too. Secondly, it takes effort. You no longer grab a sandwich at lunchtime - you grab a crayfish salad box or take a lunch box with you. Dinner becomes meat and veg rather than pasta and sauce, but those who make the effort never look back."

On the the other hand, Izzy Cameron, Nutritionist and Health Management Specialist at Diet Chef believes it's a balanced diet that's the key to good health. She says, "In my opinion, the most important thing is for people to have a balanced diet, including the right mix of macro-nutrients (carbs, fats and proteins) as well as micro-nutrients.

"I'm sceptical about the need to eliminate a specific food group in order to lose weight. Nowadays portion control is one of the key factors in helping you lose excess weight and lets you enjoy your favourite foods in the process, so there's no sense of deprivation."

The Wheat Belly diet is not for everyone. It's very personal and a choice that you'll have to make based on your needs and wants. Will the diet suit your lifestyle? Are you willing to give up grains completely? Are you doing it for the long term or short term?

We're all for avoiding processed foods and going all natural as MUCH as possible, but when a slice of cake or a naughty kebab seems appropriate, why not? After all, life's too short not to enjoy the simple pleasures. Reducing wheat intake and eating more fresh foods can only be good for your health, but giving it up wholeheartedly? It's not for us.

What do you think of this new diet - will you be giving up your wheat belly? Tweet us @sofeminineUK!

Increased Energy? Longer Lifespan? Everything You Need To know About The Ayurvedic Diet

The Lemon Diet: Drop a jeans size in seven days