If there’s one thing we know as fact, it’s when Beyonce makes a statement we all bow down. So when she performed her new single at the 2014 Grammy Awards with hubby Jay-Z looking TINIER than ever, no-one in the world could pretend they didn’t notice her shrinking frame. So what’s her secret?

Well apart from a hell of a lot of hard work and sweat, Beyonce’s new mega-toned, slim, and damn fine curvy figure is down to switching up her eating habits and following a vegan diet.

As well as getting told to amp up her running and dancing by her personal trainer, Marco Borges, Queen Bey has been following an intense 22-day Vegan day cleanse with husband Jay-Z. Reportedly, Jay-Z and Bey decided after his 44th birthday, to go on a 22-day cleanse eating nothing but fruit and plants with snacks like edamame beans and cucumber.

Reportedly the couple have lost a whopping 100lbs together (um where from!?!), with Beyonce losing 70lbs over the last 6 months. In fact, she’s lost so much now that Michael Costello, who designed her dress for the Grammy’s Red Carpet, said that she’s a UK size 6 – Beyonce, the Queen of bootilicious curves is now a 6, it’s utter madness.

​So what is a vegan diet? Is it safe? We got the low down on Beyonce’s slimming secret.

What is a Vegan diet?

A vegan diet is one which is purely plant based – no meat, fish or poultry is allowed. You might think that sounds like a vegetarian diet, but vegans take it one step further by not allowing by products of animals like eggs, honey or dairy either.

​Instead a vegan diet consists of mainly fruit, grains, vegetables, leafy greens, legumes, nuts and seeds. It might not sound that fun but living on a vegan diet has become increasingly popular, especially for people with food intolerances to dairy.

​There’s been a virtual explosion of vegan cookbooks, blogs and alternative foods so you should have no problem getting inspiration for what you’re eating.

For many, going vegan is down to a desire to eat more naturally or but many people make the decision to go vegan to fit in with their beliefs about environmental issues and animal rights.

But for a whole lot of people, it’s just about eating a more natural, healthy diet without the processed foods, which have overtaken modern day living. As a result, weight loss can be pretty dramatic! 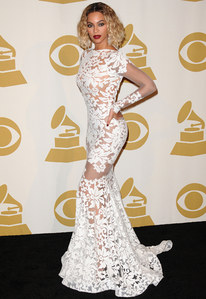 What are the health benefits or risks?

So when Bey and Jay-Z set out on their 22day challenge it was as much mental as physical, but this was for only 22 days. If you’re going to follow a vegan diet you do have to be careful.

​A lot of the nutrients found within meat and other essential vitamins and proteins are significantly reduced in a vegan diet. So you need to make sure you include the following in your daily diet: protein, Vitamin B12, Iron, Omega 3, Amino acids, Calcium and Vitamin D.

​However, the big plus point and the reason why so many people do follow a vegan diet is because the amount of saturated fat found in your diet is greatly reduced. This means directly related health issues like high cholesterol, diabetes, high blood pressure and heart disease are more preventable.

The only thing that can be a bit of a pain is eating out, unless you're in areas like London or Brighton, vegan options in restaurants can get pretty bleak. There's also the fact that it can get expensive - all that fresh fruit and veg doesn't have a long shelf life. But it does seem a small price to pay.

Tips on getting a balanced vegan diet

Vegan diets are very restrictive and followers should keep a careful eye on their nutrition to avoid any danger. Vegan diets, followed carefully to ensure a good balance of essential vitamins and nutrients, are perfectly healthy for children, pregnant women, breastfeeding women and adolescents.

However to avoid deficiencies that could damage the body, make sure you are getting enough of the following in your diet:

So what do you think? Tempted to try vegan living? Vegan already and loving it? Tweet us at @sofeminineUK.

Follow us on Instagram!
You might also like
Positive Quotes To Get You Through Your Day
by Pascale Day
17 Celebs Who Have Spoken Out About Their Mental Health
by Pascale Day
Motivational Before & After Weight Loss Pictures
by the editorial team
Inspirational Tips To Get Your Weight loss Mission Started
by the editorial team
Why Diet Pills Should Be Banned and The REAL Secret To Weight Loss
by Vivian KELLY
9 Things You Need to Know About the Victoria's Secret Diet
by Emma Goddard
15 Things You Need To Know About Sam Smith's Secret Weight Loss Weapon
by Vivian KELLY
Everything You've Ever Wanted To Know About The Weight Watchers Diet
by Maria Bell
The Special K diet - weight loss wonder or waste of time?
by Maria Bell
The Slimming Secret: Everything You Need To Know About The Japanese Diet
by Vivian KELLY