Worst Diet Fad Ever Swaps Meals For Staring At The Sun 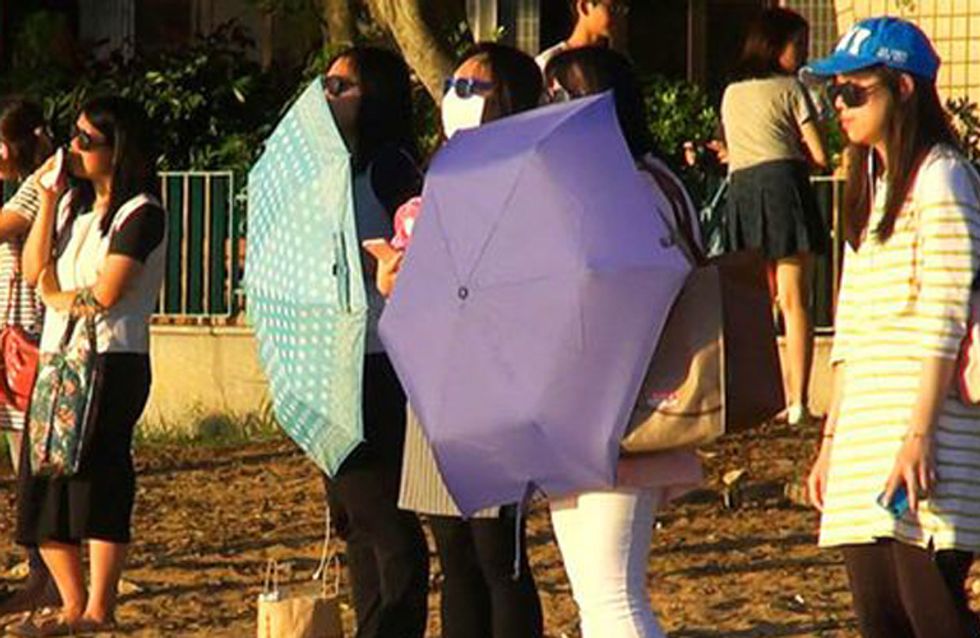 If you'd prefer not to read about something that will make you question human intelligence, look away now. The latest diet fad has swapped meals for staring at the sun for sustenance, and we can't stop shaking our heads the more we hear about it. So forget how dumb the baby food or maple syrup diet were, because this one takes the CAKE (metaphorically speaking of course, there is no real cake involved, or any other food for that matter).

A new trend in Hong Kong has seen people start "sun eating" (SUN EATING. FOR HEAVENS SAKE!) which is when you simply look directly into the sun rather than eat meals. Apparently the sun replaces everything food gives you and can even improve your sleep and your vision (yeah, because staring at the sun has never damaged anyone's retinas).

The people involved in the diet trend attempt to live off the sun because they don't realise that they are humans, not solar panels and this is not an acceptable way to get energy. You're not Superman for heavens sake sun eaters!

​One woman on the fad told Oriental Daily: "We practice sun gazing as a substitute for eating. Some of us who have finished the therapy now eat less, and others don’t have to eat at all."
​

The London Nutritionist Jo Travers has claimed it to be a "mad idea", saying: "Humans lack the ability to photosynthesise - turning the sun's light into energy - which is why we eat plants who do this for us. Of course we don't just get energy from food either so even if we could convert sunlight to energy, we still need protein, vitamins and minerals for our bodies to function."

Not only is this diet really quite silly, it's also seriously dangerous. Although the people involved protect their skin using umbrellas, and only stare at the sun as it rises and sets to avoid damage to their eyes, it's also ridiculous to think that what your body needs from food can be replaced from sunlight! GP for Oxford Online Pharmacy Dr Helen Webberley spoke about this diet, saying: "Pictures show women protecting their skin from being burned, while exposing the extremely sensitive retina to the sun's rays, risking severe and irreparable damage to their eyesight.

"​Sunlight is necessary in controlled amounts on protected skin but it cannot replace food as it does not provide any of the nutrients necessary for day-to-day living. While doctors are in favour of self-help and non-medical options for promoting a healthy lifestyle, including taking active measures to maintain a healthy weight, this is a very alarming fad."