Kush grows frustrated at Denise spending so much time on her GCSE and finding a job and does his best to encourage her to spend the evening with him. However Kush later receives an invite from Carmel for a family dinner and believing Denise would rather revise, he cancels his plans with her. Meanwhile, Denise attends a job interview. After snapping at Kim, reality hits for Denise as she is once again forced to eat a budget dinner.

Madison and Alexandra suggest Louise has them over for a relaxed girls’ night on Thursday for Madison’s birthday and once Sharon agrees, the two girls put their plan into action. When Bex overhears them inviting Travis to a party.

It’s Jane’s birthday and as Ian tries to make the day special. Later on, Jane has a surprise for Ian leaving the pair emotional. Elsewhere, Michelle attends a job interview. Jack struggles to return to normal and later confides in Max how difficult he is finding everything.​ 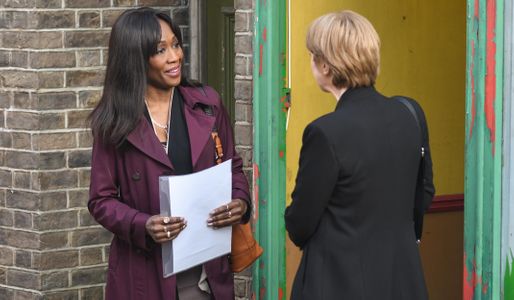