David proposes to a shocked Carol over the karaoke machine at The Vic, but will she say yes?

Liam promises Carol he won’t tell Tiffany and Morgan about her cancer, but he finds out they have overheard anyway and begs them to keep quiet.

A drunken Masood is mugged after stealing money from Tamwar’s work, ending with him hitting his head on the floor. Dexter and Nancy find him and take him home where Nancy offers him some advice. Masood doesn’t come clean about what happened, and when Aleks finds out about the robbery he blames Tamwar. Later, Masood accidentally reveals he stole the money, but lashes out when Tamwar confronts him.

Dexter is surprised when Nancy returns his flirty advances, but they are distracted when they hear Masood mugged.

​Elsewhere, Linda talks to Shirley about Carol’s cancer after seeing her visibly upset, and she admits she had a cancer scare in the past. Linda promises her the family will always be there for her. Terry sticks up for Bianca when Nikki oversteps the mark. 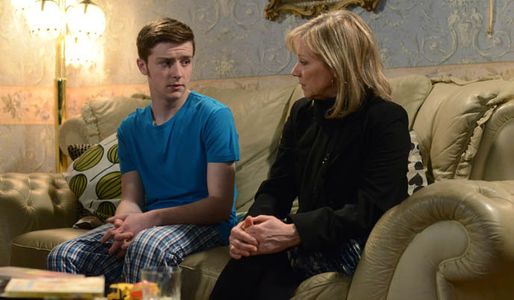