Tina is keen to take Carol to meet Aunt Babe so she can start work but Carol puts it off. She visits Dot for some advice on whether she should go ahead with Tina’s plan but Dot misinterprets and thinks she wants to discuss the operation. Later, she is disgruntled when the women at Sonia’s Fat Blasters class insist on talking about Carol’s breast cancer, which prompts her to make a decision…
​
Elsewhere, Nikki is keen to tell the kids about her and Terry’s reunion but he is hesitant. He’s realised that getting back together with Nikki would be for the wrong reasons and tells Nikki that he has had a change of heart and she leaves the Square. 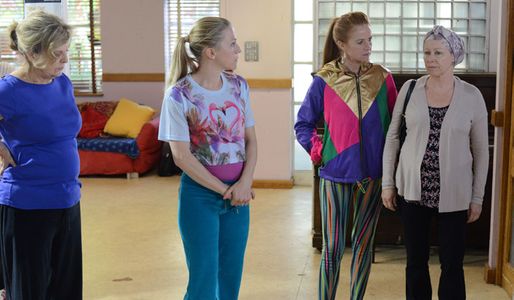