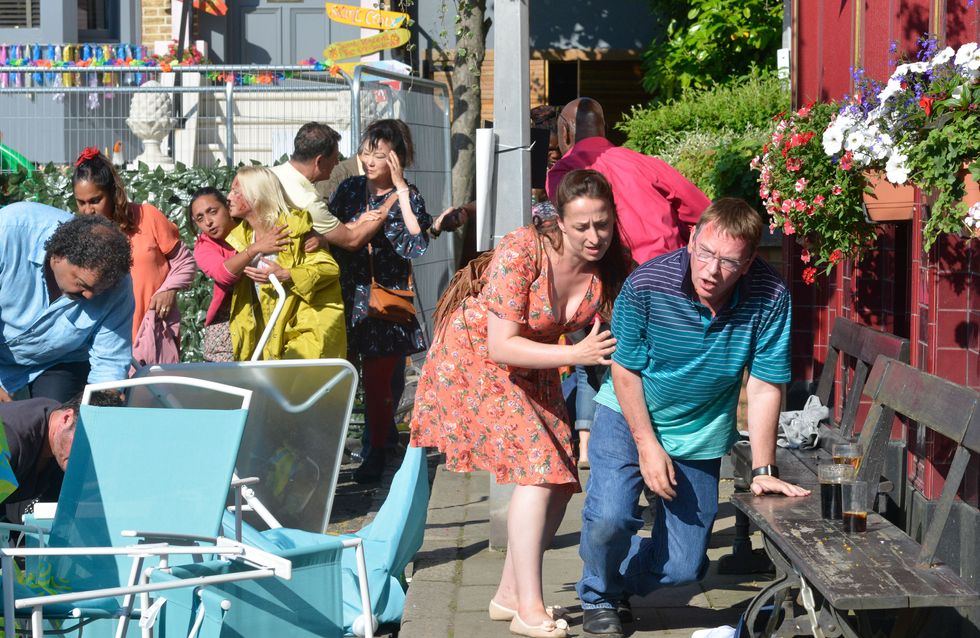 As the fireball from the gas explosion goes up, Walford in Bloom is thrown into chaos. As the residents desperately search for their loved ones and help the injured, a panicked Max plays mind games with Steven and insists he sorts the problem with Jane once and for all… As Jane and Steven clash at Beales, the pressure becomes unbearable for Steven and he resorts to desperate measures as he takes a match to Beales Restaurant…

Back outside, as Martin desperately tries to locate Stacey, the Mitchells fear the worse when they realise Phil was near the explosion …

Across the Square, Ted struggles to cope with the aftermath of the explosion as it brings back terrible memories and as Joyce does her best to calm him down, Ted takes out his gun as protection only to end up pulling the trigger when another resident arrives to check on them – but who has been shot?

Jack talks to Linda about her situation and she finally admits what she has been hiding from Mick.Oblivious that Stacey is missing following the chaos from the explosion, Bex helps an injured Mr Pryce. 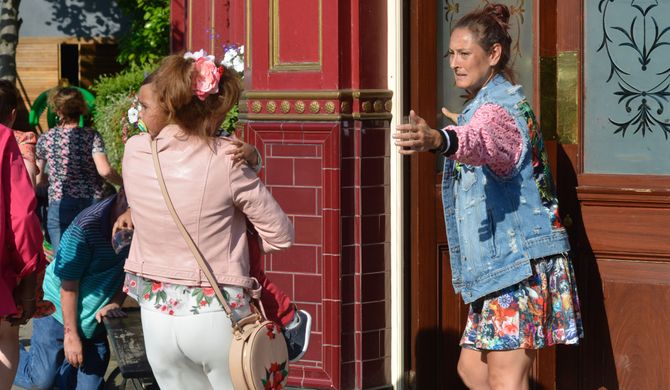