Mick is left on tenterhooks as Linda makes her return to the Square and throws herself into getting everything back on track. As Mick toys with the idea of telling Linda the truth about what happened with Whitney, Linda supports Whitney on her engagement and encourages Mick to do the same.With things already awkward between them, Linda senses all is not well with Mick and asks Johnny what’s going on.

After a run-in with Shirley, reality hits home for Linda when she realises just how much Mick has needed her. Alone, Linda tells Mick no more secrets but gets a shock when he makes an admission…

Abi confronts Steven for ignoring her but he continues to assure her it’s all part of the plan for them to be together. At the Beale’s, Lauren and Steven discuss the wedding and both Abi and Max enjoy keeping Steven on-edge. Abi later calls Cora and tells her about the wedding. Josh attempts to make contact with Lauren but she deletes his number.

Keanu desperately searches for a job but is put out when he has no luck. Mr Pryce looks at flats in the area. 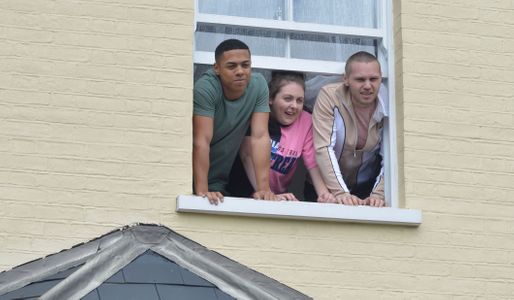