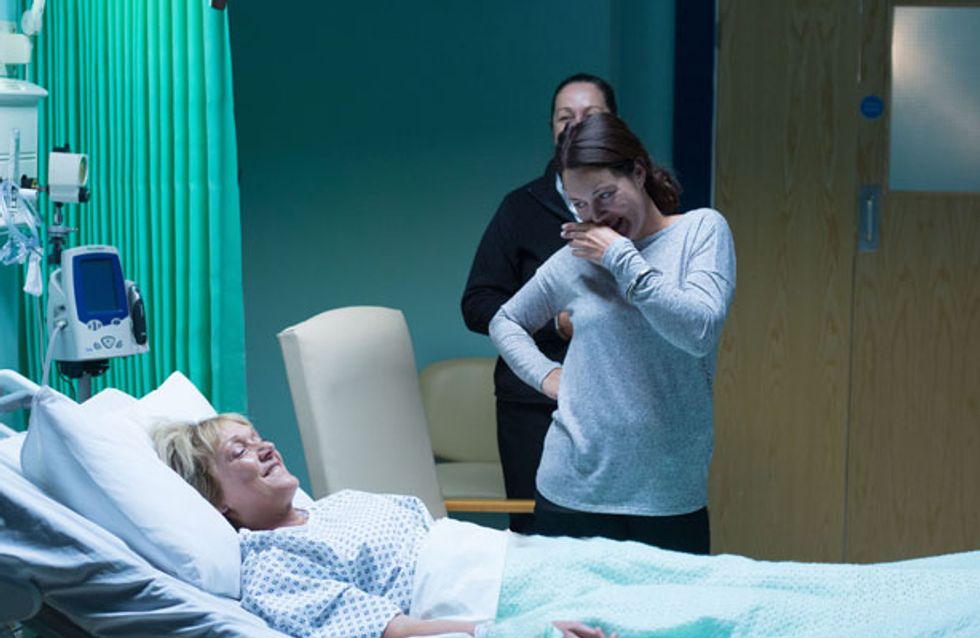 Stacey is escorted into the hospital by her prison officers to see Jean. Back on the Square Alfie discovers that his pitch has been given away and storms into Aleks’ office where a showdown between the two leaves Alfie unemployed. Alfie turns to the café in his hour of need and jumps behind the counter to help Liam. Meanwhile, at the hospital, Stacey is toying with her conscience but everything is put on hold when Kat’s water’s suddenly break…

At The Vic Linda demands the truth from Mick and he is forced to come clean. However Cora, who has stayed over with Stan, has overheard some of the conversation.
​
Elsewhere, Dean and Stan bond at the allotments and when Dean starts talking about a woman he has got his eye on, Stan encourages him to go for her, unaware who he is referring to… 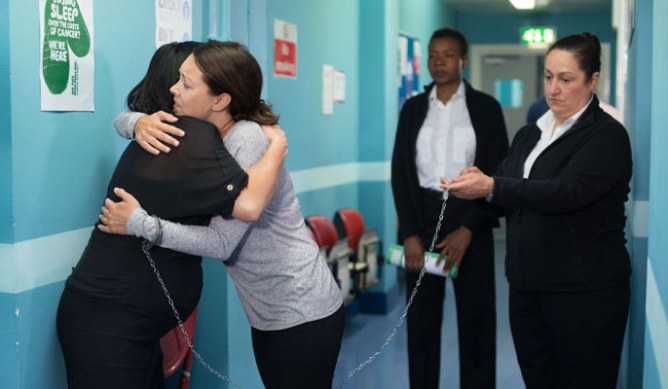