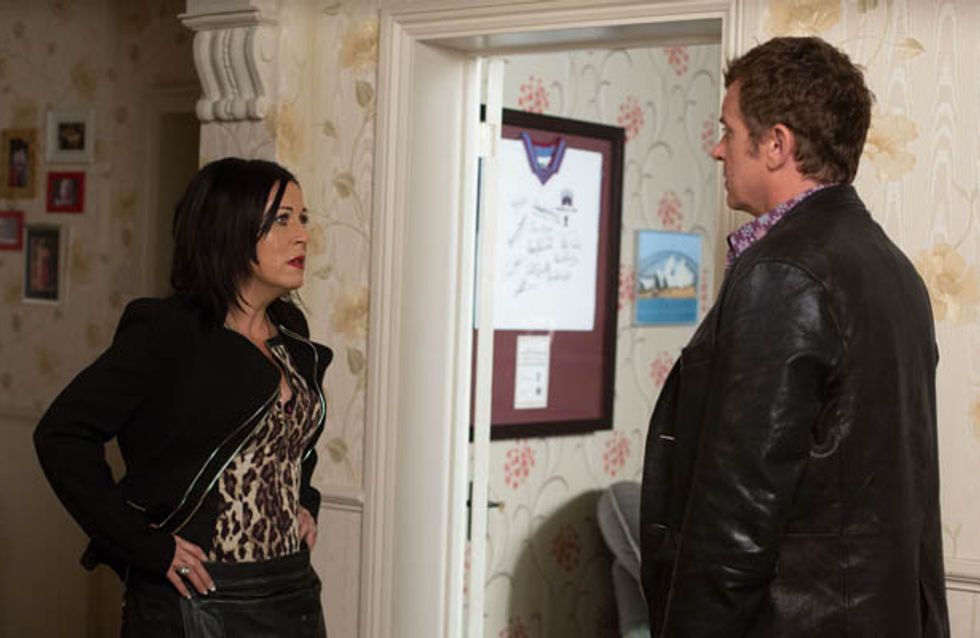 Meanwhile, when Sharon sees how vulnerable Phil is she reconsiders her plans to fleece him and informs Marcus. However, it may be too late as Phil has seen them together and is instantly suspicious.

Mick is relieved when Linda returns, but is hurt when she is distant and leaves to help Sharon pick a wedding dress. Meanwhile, Sharon is unenthusiastic about her sham wedding so instead Linda and Sharon discuss their troubled relationships. Elsewhere, Stan convinces Mick to fight for Linda, however Mick soon discovers she’s been lying about her mum needing her help. An anxious Mick is devastated when Linda doesn’t accept his apology however, after realises that she’s being an idiot by refusing to forgive Mick: Sharon’s relationship is in a much worse state than hers, Linda has a change of heart and the pair reconcile.

After Bianca and Terry inform Kat and Alfie they are moving, Alfie reveals to Terry the true extent of their financial problems. Terry tries to help Alfie but when his plan is unsuccessful Alfie is forced to come clean to Kat. Elsewhere, when Whitney tells Lee she’s moving the pair misinterpret the situation and believe they are dumping each other.

However, later Lee visits Whitney with a jewellery box, could it be an engagement ring? Also, Lauren confronts Max about hiring Stacey but as Max shows Stacey the ropes she tries to make peace with Lauren. Lauren is intrigued when Stacey seems agitated about the whereabouts of the key she gave her to look after. 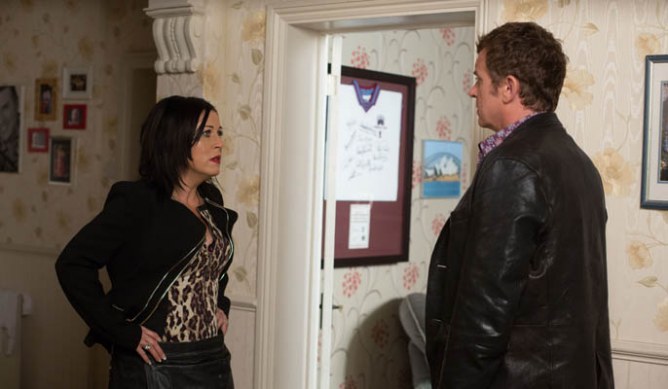