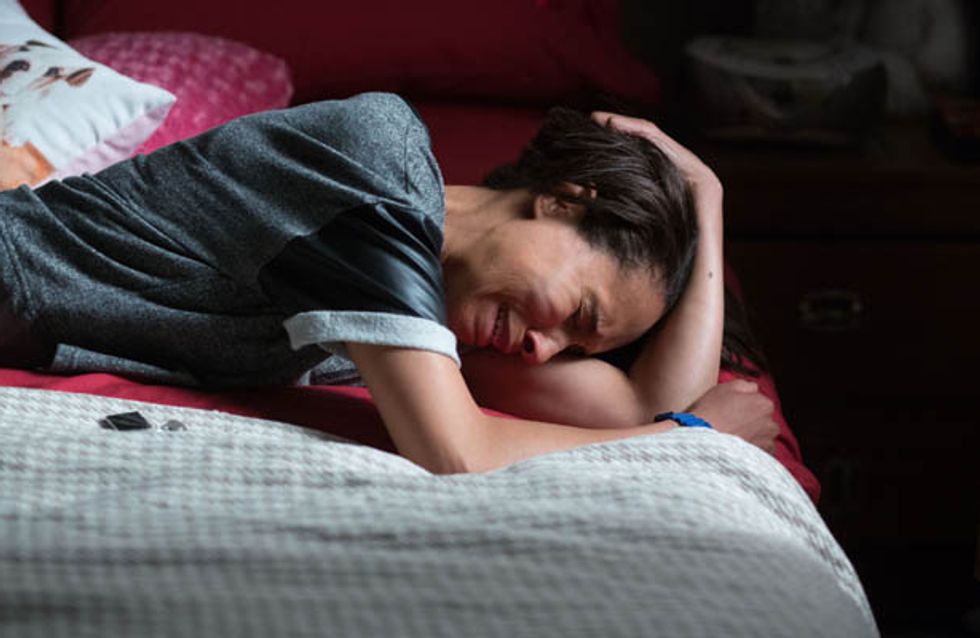 Lauren, Abi and Cora are left reeling by Max’s revelation. Lauren threatens to go to the police but Abi and Cora persuade her not to, worried that Max will look guilty if he changes his statement. Later, a concerned Abi goes to her dad’s to lend him her support and she asks him if there’s anything else he needs to come clean about.

At the Butcher’s Bianca gives Sonia a makeover ahead of her anniversary dinner with Martin but her night doesn’t go to plan when he fails to show. Tosh storms out of the restaurant and Tina invites Sonia for a night out. Sonia rejects Tina’s offer and persuades her to go home and make peace with Tosh. Back at their flat Tina apologises and the pair make up.

Sharon is also trying to make amends by cooking Phil dinner but their night is interrupted. Sharon cuts their evening short to check in at The Albert but later returns to a deserted house. Elsewhere, Aleks takes Roxy out for dinner, however it quickly becomes clear that she has purchased some of Bianca’s dodgy fake tan. With Roxy embarrassed about her orange tint, Aleks decides to make her feel better, by making a fool of himself. Meanwhile, Lauren receives a call that could give her some clues about what happened the night Lucy died.