by the editorial team Published on 3 December 2013 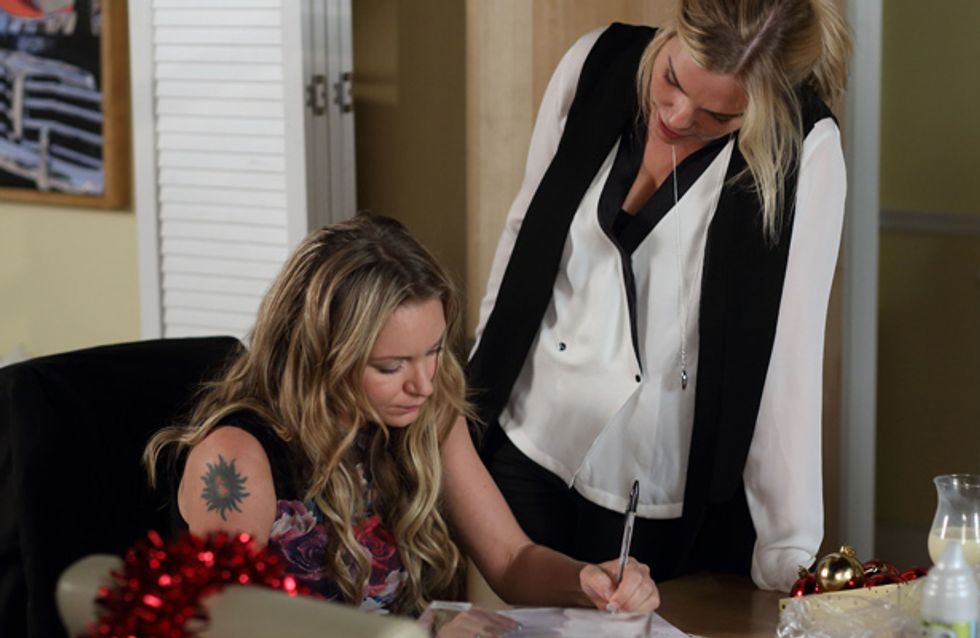 Roxy struggles to sign the annulment paperwork, instead choosing to get drunk at The Vic and flirt with Carl, even after being warned off by Phil and Ronnie. Later, Ronnie and Roxy comfort each other over their failed relationships and Roxy finally signs the annulment papers, but then she pays Carl a drunken visit…

Realising Ava knows where Sam is, Dexter confronts her but she refuses to tell him. But Ava does reveal to Cora that she has been offered a job in Newcastle. Will she take it?

Cindy tells TJ about the background of the Butchers and Whitney notices how uncomfortable he’s acting. Whitney confronts him and as Bianca and Terry question TJ, he blurts out what Cindy has told him about all of their pasts. Terry tries to comfort TJ, but unbeknownst to him his son has called Nikki and told her everything…

Jake tells Lauren she has to hand in her notice at Beauty and their affair has to end, but is worried to see that Lauren appears to be driven by the risk of it all.
​
Masood talks to Kamil via a video call and meets Haroon, who Tamwar later admits is Zainab’s new fiancé. 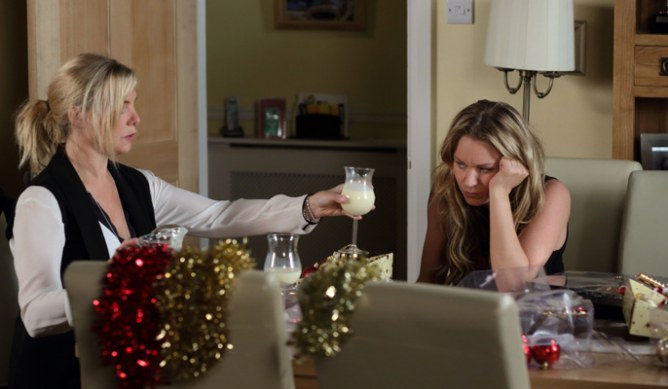