The repercussions of Lola’s actions are felt around Albert Square as her interview about Lucy is published in the Walford Gazette. Peter demands she stays away from Ian. Meanwhile, a frustrated Lauren waits for news from the police regarding her statement about Jake. When she later sees Jake talking to Peter, she demands he stays away. As a result of Lauren’s earlier actions with the police they later swoop in and make an arrest.

Dot is reeling after accidentally making a discovery about Charlie and demands some answers. After confiding in Shirley she does some of her own investigative work and Charlie is later shocked to find his mum, Yvonne, sat in Dot’s house. But will Dot get the answers she is looking for?

At the Butcher’s, David sends the girls out wedding dress shopping which proves to be unsuccessful. Meanwhile, Nikki continues to play with fire and propositions David. Later, David visits Nikki at home and despite her flirtatious behaviour, David turns her down. As Nikki points out Carol is no match to her, David warns her to stay away from him.

Cora and Stan’s friendships continues to blossom when she pays him a visit at The Vic and thanks him for his loan, much to the annoyance of Mick and Linda. 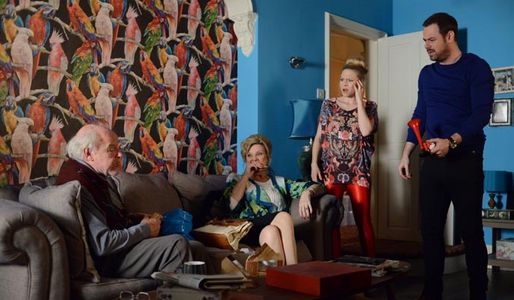