With Roxy and a smug Dean happily engaged, Ronnie turns to her family to intervene. Despite their disapproval, Roxy pushes forward with her engagement party. However she and Dean are shocked when Ronnie arrives and apologises for her earlier behaviour. With Roxy back on side, Ronnie takes matters into her own hands and attempts to show Roxy what Dean is really like – but will her plan work?

Elsewhere, Elaine forces Mick to admit the truth about Shirley to his family leaving both Nancy and Lee upset. As Mick tells Shirley the bad news, Buster walks in and discovers their secret. Over at the engagement party, a drunken Lee confronts Shirley and causes a commotion forcing Buster to step in. Linda returns and is stunned by what she sees. Meanwhile, Nancy and Tamwar discuss his religion causing Nancy to grow curious.


After spending the night with Vincent, Kim remains torn as to whether or not she should give him another chance. Billy reels from the message he left Honey. 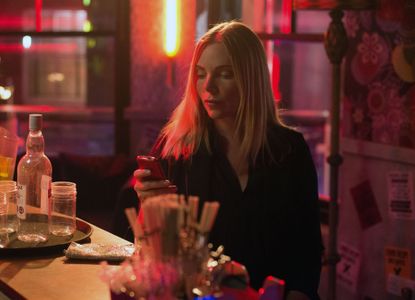