Ronnie wants to know where Roxy spent the night, but luckily Tina covers for her. After confronting Shirley, Ronnie soon realises Roxy actually stayed at Carl’s. Tina and Roxy get drunk at The Vic and Roxy ends up being dragged home by Ronnie. Worried about her sister, Ronnie decides to book three one-way tickets to Ibiza on New Year’s Day…

Joey convinces Kat to visit Alice in prison, and Kat soon realises Janine told Alice what happened that night, planting a seed of doubt in her mind. Despite this Kat still tells Joey she thinks Alice is lying and murdered Michael.

​As the pressure gets to Dexter, he clashes with Phil in the Arches and loses his job. Dexter who confides in Lola, but he misinterprets her sympathy and makes a move on her. Embarrassed, Dexter heads to Max’s house where he snaps and reveals that Jay cheated on Abi.

Cindy tells TJ she’s slept with loads of people – including Liam – which Ian overhears. Ian confronts Liam and Bianca and Cindy is forced to admit that she was lying. Meanwhile Denise notices that Cindy has a number of £50 notes….

Terry announces the kids will be staying with him for Christmas this year but Nikki slyly comments to Bianca that she will be around for Christmas. 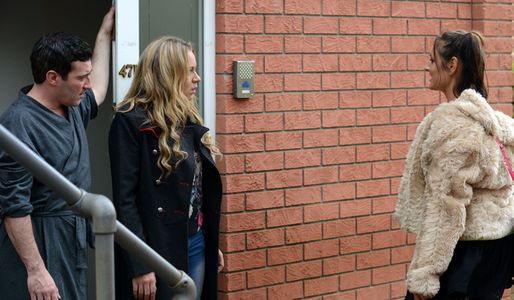