Phil is taken back to receive an unexpected offer on the car lot land but when he learns the amount they’re willing to pay, he tells Sharon there must be more to it. At the café, Kathy spots a solemn looking Phil who shares his situation. Back home, Phil tells Sharon he’s decided not to sell it and instead; he wants to do right by his family and make sure they have everything they need in the future. With Sharon by his side, Phil pays a visit to Ben and tells him he’s giving Ben the Arches.Sharon is shocked however when he leaves the car lot land to Jay.
​

Things remain tense between Mick and Linda and in need for new staff, Linda decides to give Keanu a trial shift; much to Fi’s annoyance. Fed up of Linda’s attitude, Fi makes the decision to talk to Linda and despite Linda’s stubbornness; she starts to open up to Fi.

Carmel invites Max on holiday with her and leaves her hanging as he secretly consults with Fi. After a run-in with Kush, Max agrees to the idea but is surprised when Carmel blurts out that she loves him.
​

​Elsewhere, Jane puts her foot down and tells Ian there’s no way Kathy is moving into their new place. Mr Pryce moves into number 5. 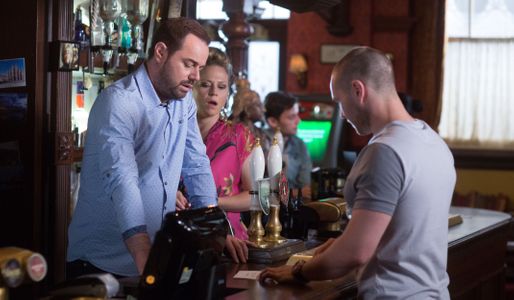