An annoyed Vincent confronts Ronnie about the gift left for him after his party but is she really to blame? Vincent later returns home to find delivery men trying to drop off an order of turf. Vincent denies any knowledge of the order causing Claudette’s suspicions to grow. After Vincent insists everything is under control, two men arrive and begin to attack Vincent. The penny soon drops for Claudette and she forces Vincent to admit he’s been working as an informant for the police. Livid, Claudette tells Vincent he is no longer her son.

It’s the Coker’s Christmas Luncheon at The Vic. As the guests tuck into the food, Mick wonders what’s wrong with a stressed Linda but things grow worse when Cora arrives and comes to blows with Babe. After Cora brings up what happened in Ramsgate, Linda forces Babe to tell the truth and is horrified to hear Mick knew the secret and didn’t tell her. Fuming, Linda tells Babe to leave The Vic.
​
Elsewhere, Denise invites Shirley and Kathy over for drinks but the pair get off to a frosty start. Dot agrees to let a pushy Elaine be director of the Nativity. Stacey pays a visit to Dot to get Lily’s nativity play costume but gets more than she bargained for when Dot gives her a bible for Lily. 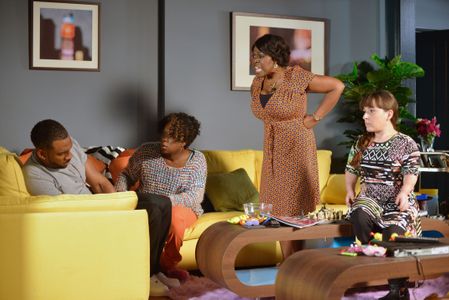 Eastenders 23/12 - Vincent comes up with a plan of revenge