As news about Fatboy and Donna spreads around the Square, a defensive Donna finds herself sharing some harsh words with Nancy. Feeling guilty, Donna later apologises and the pair bond and talk about their past relationship experiences. Meanwhile, Fatboy admits to Tamwar that Donna is just a friend but after a suggestion from Tamwar, he invites Donna for a drink. Donna gets more than she bargained for when she finds Les in Claudette’s living room.

An excited Martin shares his plans to get an allotment but his mind soon turns elsewhere when he receives confirmation that his divorce has been finalised. In an attempt to cheer Martin up, Stacey and Kush turn to Patrick for help. Meanwhile, Shabnam bonds with Jade and takes her to the park but she is soon spotted by Stacey.

Vincent finds himself caught between Ronnie and Kim and comes up with a plan to spend more time with Ronnie. Later on, Ronnie offers to help Sharon and Kim at The Albert, much to Kim’s annoyance. Kathy ignores Gavin’s calls as her and Ben attempt to come up with a plan to get more money. 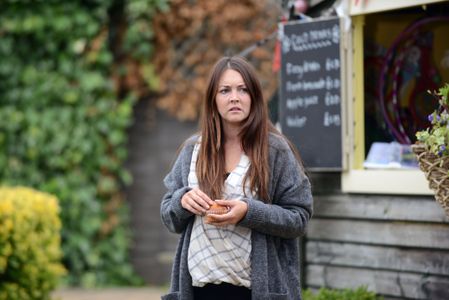