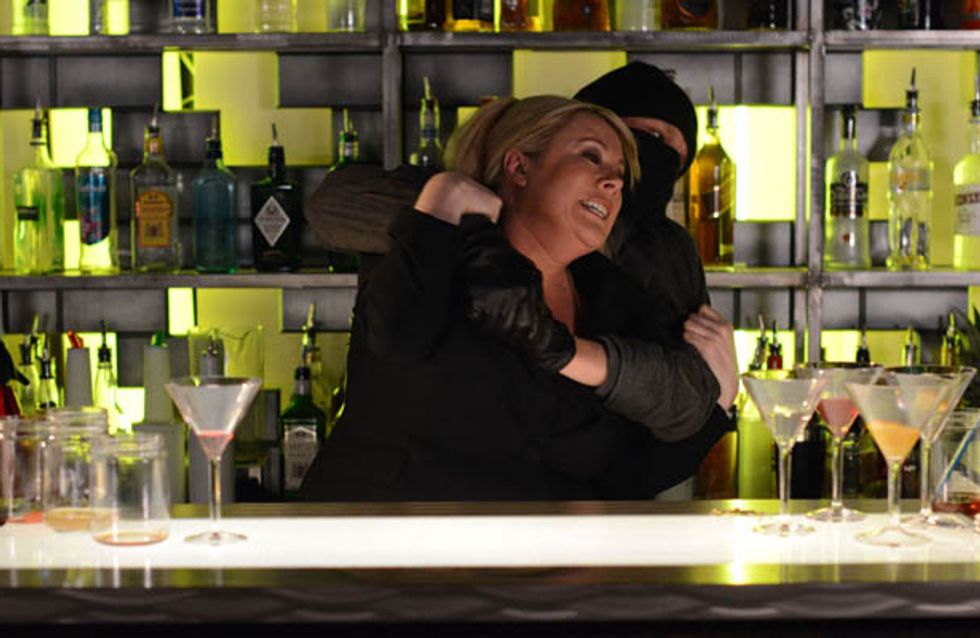 Phil and Sharon clash over the running of The Albert. Later when Phil has retreated to The Vic, Sharon and Johnny have a heart to heart whilst closing up, Johnny heads upstairs to get his coat, but Sharon is not alone for long as two men smash their way into The Albert and attack her. Whilst Johnny hides upstairs, Sharon’s lifeless body lies on the floor…

Oblivious to what has happened at The Albert, Phil and Shirley have The Vic to themselves, but when things turn sour and Shirley tries to get Phil to leave, Phil makes it clear the conversation isn’t over and he’s not going anywhere.

When the stress of running the restaurant on top of everything else gets too much for Ian, Masood offers to take over for the day. Ian heads home to see Denise and they decide to set a date for the wedding. Later, Ian offers Masood a permanent job at Beales.

Meanwhile, Peter is annoyed by his father’s apparent lack of interest in his sister’s murder. However Ian seems preoccupied as he continues to ignore phone calls and text messages from a mysterious person.

Also at Beales, Charlie and Dot bond over dinner and Roxy makes sure she gets her money’s worth when Aleks takes her out for a romantic meal, much to his frustration. 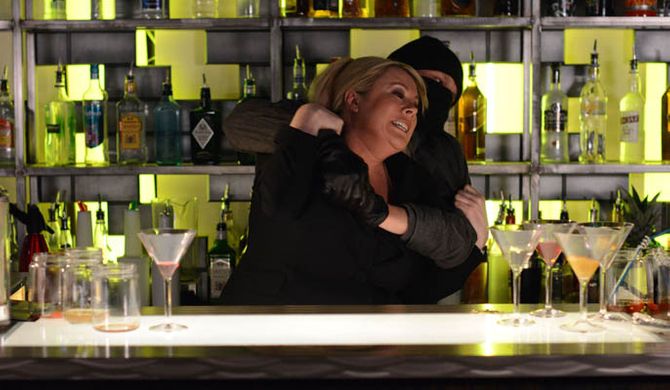