Eastenders 16/10 - A stunned Donna reels from her discovery

A stunned Donna reels from her discovery and confronts Les and Claudette. Despite the pair insisting they’re not having an affair, Donna shares some harsh home truths causing her mother to snap. Outside, Claudette comforts a panicked Les and assures him it’s going to be okay. Back in the Square, Pam meets a guilty Donna but will Donna tell Pam about what she saw?


Elsewhere, Kim insists on interviewing Ronnie for the job but soon finds herself being overruled by Sharon and Ronnie gets the job. A paranoid Kim later tells Patrick she thinks Ronnie is stalking Vincent and after spotting Vincent texting someone, she heads back to The Albert and confronts Ronnie – is the truth about to out?

At the park, Stacey confronts Shabnam who insists she’s not trying to replace Zaair but is worried about Jade living with the Carters. Shabnam eventually opens up to Stacey about the death of her son and after sharing a hug with Jade, they take her home. Back in the Square, Kathy and Ben come up with a plan to get more money but will it work? 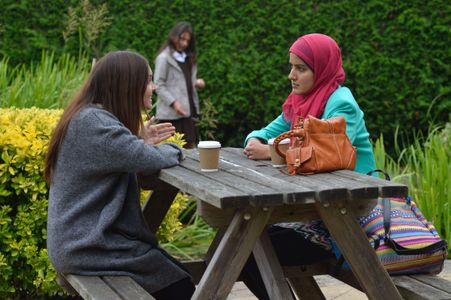 Eastenders 06/6 - A mortified Donna reels from her drunken actions