At The Albert a petrified Johnny reluctantly heads downstairs, fearing the worst and calls an ambulance. As the ambulance arrives to take her to the hospital, things aren’t looking good for Sharon.

At The Vic, Phil is keen to talk to Shirley about what she has been hiding but she tries to avoid the situation. However, she soon opens up about her past and finally admits what happened with Mick all those years ago. Phil heads home but is stopped by Johnny with news of Sharon’s attack.

The Carters hail Johnny a hero but he is too ashamed to admit that he hid whilst Sharon was attacked.
​
At the restaurant Ian receives a surprise visitor, whilst a worried Denise tries to get hold of him. 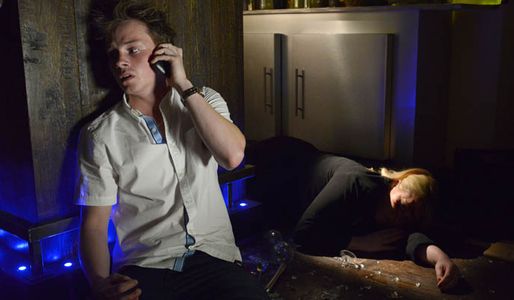