Jane is surprised to arrive at the hospital to find Lauren has already given birth. Alone with her sister, Lauren insists to Abi that Max didn’t kill Lucy and pleads with her to tell the truth in court. After Abi leaves, Lauren reminds Jane she won’t stay quiet if Max is found guilty. Meanwhile, it’s Cora’s turn to give evidence. Back at the court, Abi begins to give evidence but what will she say?

Elsewhere, Roxy is left stunned when Charlie reveals what’s happened with Ronnie. After some encouragement from Roxy, Ronnie agrees to meet with Charlie to discuss Matthew but after insisting Matthew stays with her, Charlie tells Fatboy and Dot he’s prepared to play dirty for the sake of his son. Later on, Charlie tells a shocked Roxy he chose the wrong sister and they should go away together. Meanwhile, after overseeing a conversation between Roxy and Charlie, a jealous Dean warns Roxy to stop talking to him.

At The Vic, Whitney comes clean to Mick and admits Lee has been finding things difficult lately. Worried about his son, Mick talks to Lee who agrees to see a doctor. 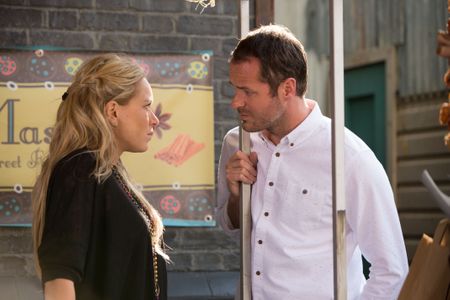