Kat’s joy is short lived when Stacey has a go at her for what she’s done. Once outside Stacey panics and tries to avoid being seen. Seeing her upset, Mick invites her into the pub, but a familiar face sees her and they both can’t hide their shock.

Jane disagrees with Ian’s teaching methods when she sees he is placing pressure on Bobby. She and Ian argue and it only gets worse when Ian asks her to buy into Scarlett’s.

Shabnam clearly hasn’t gotten over her parents separation, leaving Masood to explain they’ll never get back together. Shabnam gets a job interview and she and Masood agree that they’re starting a new chapter in their lives.

Linda takes inspiration from her night out and decides to hold a protest to save the market. 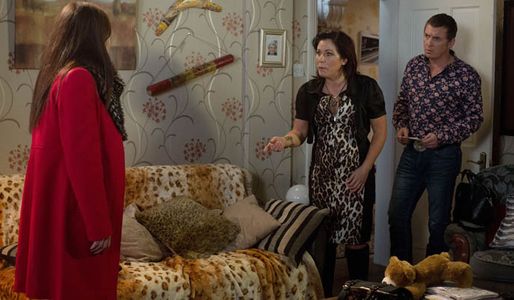