Shirley tries to speak to Phil following her admission the previous day whilst Phil is still trying to keep it together following Sharon’s attack. Later, Shirley finds Phil at home and asks him to be honest with her, and Phil admits he does have feelings for her.

The Carters lend Dean a helping hand as he moves in to his new salon and he seems to be bonding with his family, however his true intentions soon become clear when he later turns up with a van, ready to flee Walford with the contents of the salon to sell.

Lola extends an olive branch to Ian when she thanks him for babysitting Lexi and tells him that Peter just wants him to be happy.
​
Elsewhere, Johnny visits Sharon in hospital. 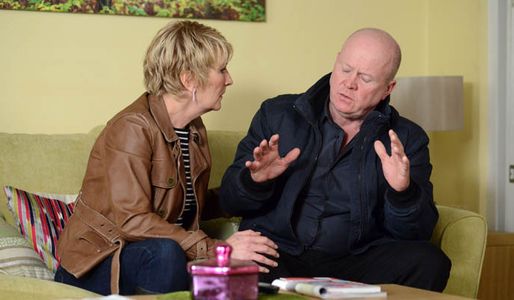 Eastenders 19/01 - Jack Asks Phil To Speak At The Funeral