David settles into life at Janine’s and they both go to visit Pat’s grave, where David tells Janine that Pat would be proud of the woman she’s become. David makes a heartfelt apology to his mum’s headstone, and abandons Janine after becoming too distressed.

Later Janine finally breaks downs and confesses she killed Michael. Little does she know, David’s recorded the whole thing on his phone…

The reality of losing The Vic hits a glum Alfie, but Kat reassures him that they can make a fresh start.

Mo returns to Walford for Dot’s OAP Christmas Party, only to discover Cora, Patrick and others outside the locked community centre with no sign of Dot. Alfie saves the day by agreeing to arrange the party instead, whilst a concerned Poppy finds a frightened Dot hiding at home.
​
Lola and Peter continue to meet in secret but their bubble is suddenly burst when Billy catches them in a state of undress in the back room of the Launderette. 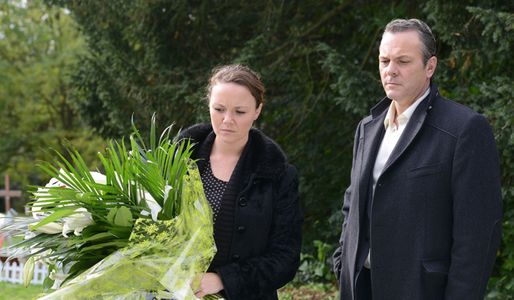