Charlie and Roxy prepare to leave Walford with Matthew but as word of their departure spreads, will all go to plan? Back in the Square, Claudette spots a call from Ronnie to Vincent's phone and decides to take decisive action.

Following last week's events, a troubled Lauren tells Jane her worries about Max being sent down. As the pair talk, Abi overhears and is upset to learn Lauren went to see Max, causing an argument between the sisters. After an emotional plea from Lauren, Abi reluctantly agrees to go the court with her to support Max but things take a turn when Marcus once again brings Abi's name into the questioning. As Keeble answers Marcus' questions, a frustrated Abi causes a scene and is asked to leave. Outside, Lauren shares her disapproval of Max's actions and back in the Square, tells a stunned Jane not to bother helping Max - he's on his own. 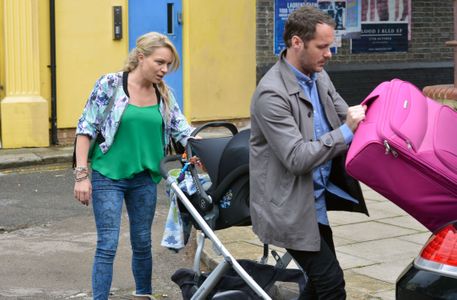